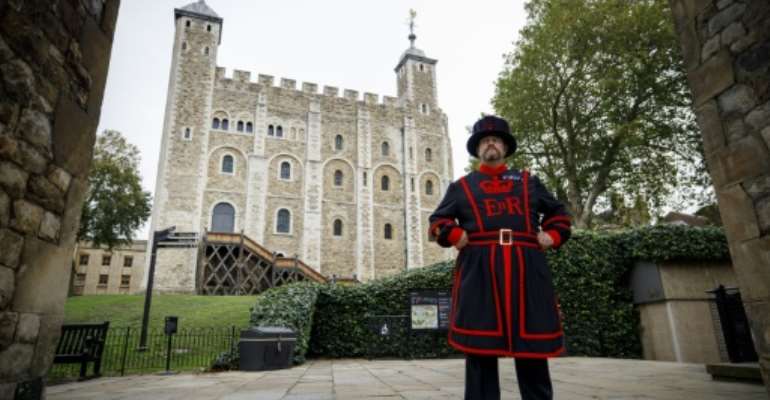 The Tower of London is one of six UK royal palaces facing a review of its historical ties to slavery. By TOLGA AKMEN (AFP/File)

The British charity that manages six royal palaces, including the Tower of London, has launched a review into their historical links to slavery, The Times said Wednesday.

The chief curator of Historic Royal Palaces (HRP), which runs the regal sites across Britain, is leading the probe into their past relationship with the slave trade.

Lucy Worsley, who is also a television historian, told the newspaper her review was overdue and the charity had a duty to make public any slavery connections.

"We've been thinking really hard and planning all sorts of changes," she said. "The time has come. We're behind. We haven't done well enough."

The legacy of Britain's colonial past and links to slavery have come under scrutiny during anti-racism protests sparked by the death of George Floyd during an arrest by US police.

UK protests saw a statue of a 17th century slave trader toppled in Bristol, and calls for streets honouring figures who profited from slavery to be renamed.

Heritage and conservation charity the National Trust published a report in September into links to slavery and colonialism in the 93 historic properties it manages.

The Charity Commission watchdog questioned whether by conducting the investigation the Trust was departing from its primary role of preserving historic sites.

Worsley insisted it was vital that HRP's sites presented an accurate picture of their histories, however uncomfortable that might prove.

"It is always great to push people a bit into an uncomfortable and darker direction, because then you can see the historical causes of things like social injustice," she told The Times.

The six HRP sites -- which also include Banqueting House, Kensington Palace and Kew Palace in London, as well as Hillsborough Castle in Northern Ireland -- are formally owned by the monarchy but placed in trust and run by the charity.

Worsley noted one particular focus of the review would be properties used by the Stuart dynasty, which spanned 1603 to 1714, and were likely to have links to "an element of money derived from slavery".

In 1663, Charles II granted a charter to the Company of Royal Adventurers of England -- which later became the Royal African Company -- giving it a monopoly on the enslavement and trading of Africans for 35 years.

It led to the huge expansion of British involvement, with the country estimated to have enslaved and transported over 332,000 Africans by the end of the 17th century, according to the British Library.