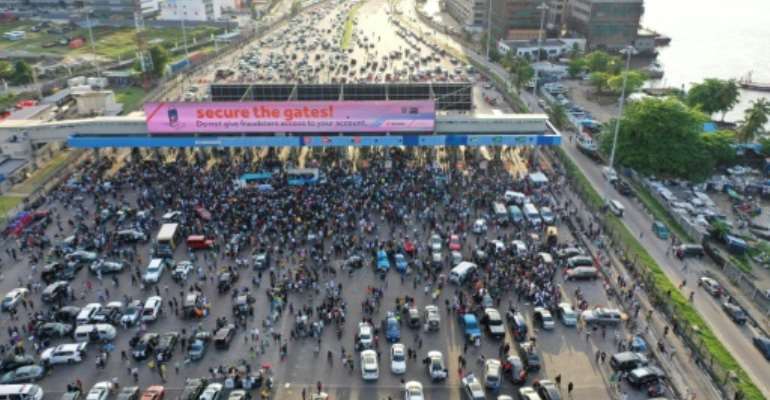 Lekki Toll Gate had become a place of protest, partying and prayers as thousands of mainly young people blocked one of the main highways in Lagos. By Pierre FAVENNEC (AFP/File)

She hasn't been able to sleep for a week and at first wanted just "to stay hidden".

But this survivor of the shooting of peaceful Nigerian protesters at Lekki Toll Gate in Lagos last week says she realised that she had to speak out.

"I feel like I'm hiding the truth," says the young woman, whose name AFP has changed to Clara for her own safety.

The shooting of demonstrators in the centre of Africa's biggest city has unleashed chaos in Nigeria and stirred international outrage.

The bloodshed was watched live on social media by tens of thousands of internet users and Amnesty International said security forces gunned down at least 10 people at the scene.

But the Nigerian army and police have rejected all evidence of any responsibility.

October 20 was the 10th day that Clara, a 24-year-old financial auditor, had woken up at 6 am (0500 GMT) and headed to join the crowds at the giant Lekki Toll Gate to demonstrate against police brutality. 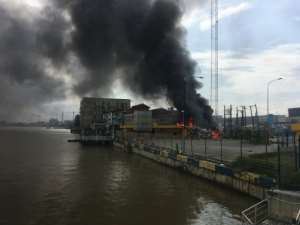 Buildings were ablaze near the epicentre of the protests after the shooting of peaceful protesters. By SOPHIE BOUILLON (AFP/File)

The site had developed into a place of protest, partying and prayers as thousands of mainly young people blocked one of the main highways in Lagos.

After days bringing the city to a standstill, the protests had begun to turn violent in numerous districts and the authorities announced a curfew from 4 pm (1500 GMT).

Clara and some of her friends in the crowd decided to defy the order despite the threats of a possible crackdown.

"We wanted to make sure it was a peaceful protest," she insists.

But the atmosphere began to darken despite attempts to keep spirits high.

"I saw people with orange clothes at about 2 pm taking CCTV cameras out," says the young woman.

"One of our guys went and asked them what they were doing and they said they were taking off cameras because they didn't want anyone to steal or break them."

The company that runs the toll gate has insisted that the cameras moved were those only for scanning car number plates.

But Clara is adamant.

"They were not plate registration cameras, they were at the top of the toll gate. It's a lie," she says.

At the time the curfew was meant to go into force, the demonstrators sat down on the tarmac and began to sing the national anthem. 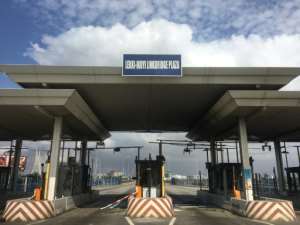 The toll gate was burnt after the deadly shooting, which shocked Nigerians. By SOPHIE BOUILLON (AFP/File)

As night set in Clara realised the giant electronic billboard over the site and street lights had been turned off.

"It's just when it started getting dark that we saw there was no light," she recounts.

Along with a few others she went to ask workers from the toll gate to turn the illuminations back on -- but they insisted it was an order from their boss.

"This is when I started hearing the shooting," Clara says.

"I saw five army vans in total. Two were at the back and three up front, all shooting," she continues.

"Some people brought two injured to us. There were still a lot of shootings and I was trying to call an ambulance," she says.

"A group of soldiers came to us, and we started shouting: 'Why are you killing us, we are one, we are brothers!'"

After a first wave of shooting "there was blood everywhere, people shouting".

"There were different people on the floor, some were moving, some were not moving," Clara says.

Then the break ended and more gunfire began.

"This time there were army guys and other people who seemed to be like police," she says.

"Out of nowhere the shooting started again, and I saw tear gas."

People desperately tried to flee the scene. Some hid in bushes. Others jumped into the nearby water of the lagoon. 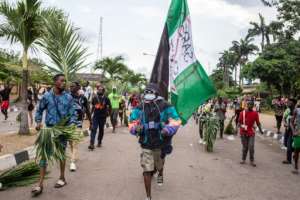 Echoing other witness accounts, Clara says she saw the soldiers turn back ambulances and load the bloodied body of at least one man into a military vehicle.

"I can't say if he was dead or wounded, but he was not moving anymore," she says.

"I don't know how many bodies they took, all I can say is that I saw this one."

One week on from that dreadful night, Clara says she feels "traumatised".

The protesters had hopes of a "better Nigeria".

"For once we put everything aside and came with one voice to fight against police brutality," she says.

"It's sad that we had a protest to ask to live and they still came to kill us."