Sudan to organise week of talks on Ethiopia dam feud 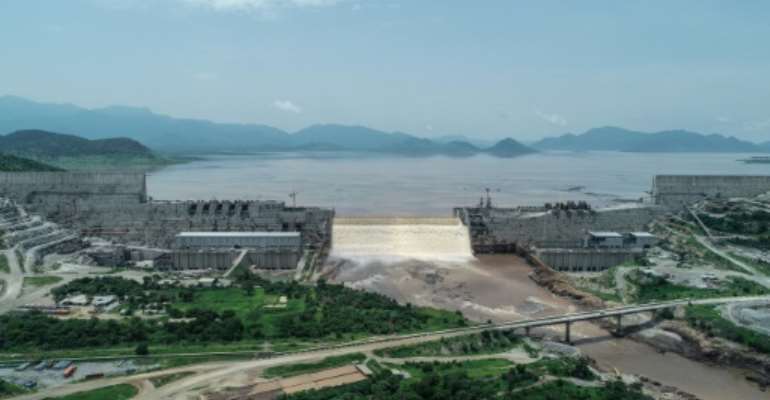 Ethiopia sees the massive dam on the Nile as essential for its electrification and development, but Egypt sees it as an existential threat. By - (Adwa Pictures/AFP)

Khartoum said it is to organise a week of negotiations on Ethiopia's controversial dam on the Nile that has riled downstream neighbours Egypt and Sudan, following a three-way videoconference Tuesday.

"The three countries have agreed on Sudan organising, soon as possible, a meeting to submit to the African Union presidency a report on the means to make tangible progress" in AU-sponsored negotiations which were suspended in August, the Sudanese irrigation ministry said.

It said the next round of negotiations would run for a week but it gave no dates.

Egyptian President Abdel Fattah al-Sisi and Sudan's transitional leader Abdel Fattah al-Burhan, at a meeting Tuesday in Cairo, called for a "legally binding accord" on the dam, a demand that Ethiopia has resisted.

Ethiopia at the weekend accused Donald Trump of inciting "war" over the mega-dam after the US president on Friday spoke out against the project and said Egypt might bomb it.

Egypt depends on the Nile for about 97 percent of its irrigation and drinking water and sees the dam as an existential threat, while Ethiopia views the project as essential for its electrification and development.

The US announced last month it was suspending a portion of its financial aid for Ethiopia, citing a lack of progress in talks and Addis Ababa's "unilateral decision" to start filling the dam's reservoir.