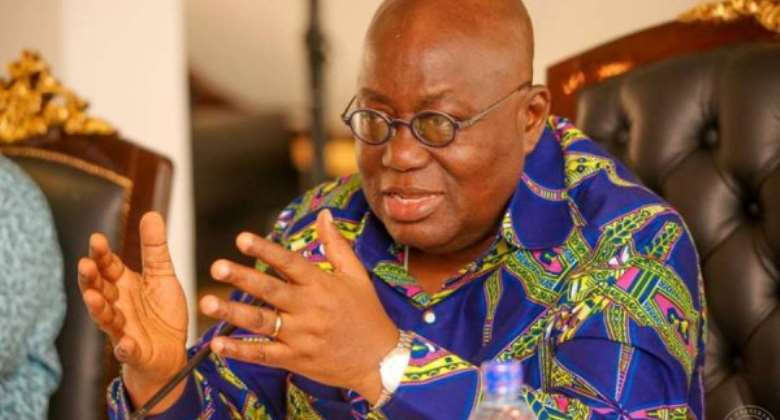 Mr. Hassan Tampuli, CEO of the National Petroleum Authority (NPA) and Parliamentary Candidate for the Gushegu Constituency, under the ticket of the opposition National Patriotic Party (NPP) has applauded President Nana Addo Dankwa Akufo-Addo for his able stewardship in ensuring the lives of the good people of Ghana are improved as promised.

He said the recent commissioning of the 204 affordable housing units constructed in the Greater Accra Region in just nine months, under the National Mortgage and Housing Fund initiative of the ruling government was exemplary.

Speaking to the Ghana News Agency in Accra, on the chances of the NPP in the December polls, Mr. Hassan Tampuli was confident that the government under the leadership of President Nana Addo Dankwa Akufo-Addo would transform and improve the social and economic status of Ghana.

He urged all Ghanaians, irrespective of their political affiliation to attest to the evidential works under the leadership of the President.

The affordable housing initiative he said, will remain a legacy in the history of the country.

The President during the commissioning of the 204 housing units described the completion as “one of the successes achieved during the two-year pilot phase of the National Housing and Mortgage Fund (NHMF).”

GCB bank Limited will be underwriting the mortgages to public sector workers at rates far below market rates, and with longer payment duration.

According to Mr Tampuli, considering the average market rates of real estates in Ghana, this initiative would be a great relief, especially to public servants who may never be able to own houses, if no such interventions were made.

In deed “all we need is a great and incorruptible leader, who is willing to put the people's basic needs first, rather than personal benefits” Mr. Tampuli said.

The NPA boss, is a hot candidate for the Gushegu parliamentary seat, which is currently occupied by Dr. Ziblim Iddi.

With the seat currently in the grips of the NPP, it is widely expected that the passage of the baton from Dr. Iddi to Mr. Tampuli would be smooth, especially with the NPP government's Free SHS programme resonating with many parents in the constituency, who can now send their children to senior high school for free.

Mr Tampuli, who is also an energy expert and a legal luminary, enjoys massive support in his constituency because of his good works such as construction of roads, boreholes, a health facility, provision of electricity.

He is also credited with relentlessly fighting against malpractices in Ghana's petroleum downstream industry, greatly reducing leakages to the public purse since the inception of his appointment as the CEO of the National Petroleum Authority.