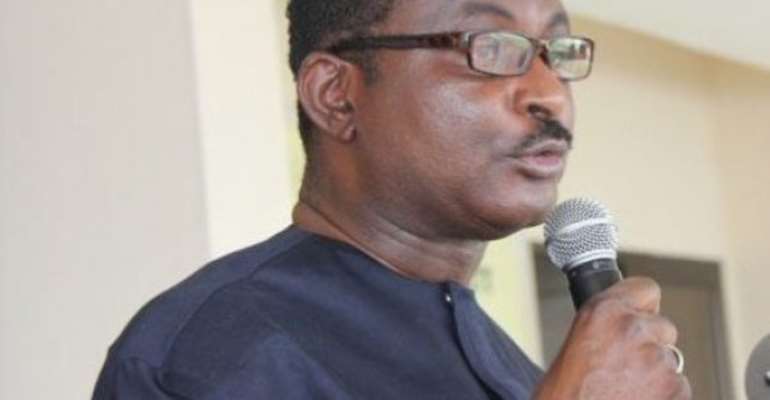 Mr George Kweku Ricketts-Hagan, MP for Cape Coast South Constituency, has said incumbency advantage the ruling New Patriotic Party was enjoying will not guarantee its win at the next 2020 general elections.

The Ghanaian electorate, he said, would rather endorse the opposition National Democratic Congress (NDC), and its leader John Dramani Mahama, on December 7, 2020, and return the NDC to power, after having compared the performance of the two major parties in power.

'John Mahama is the one the people have chosen, and the one the NDC wanted,” Mr Ricketts-Hagan, who is seeking re-election as MP for Cape Coast Constituency, said in an interview with the Ghana News Agency, at the Parliament House, in Accra.

The interview was to seek the view of Mr Ricketts-Hagan, former Deputy Minister for Finance and Economic Planning, Trade and Industry; and Minister for the Central Region, in a former government of the NDC, on the chances of the NDC winning both the presidential and parliamentary elections.

Mr Rickett-Hagan was sure that the NDC would win the elections, because of their people centered development programmes.

The Cape South MP, who is seeking re-election at the next general polls accused the Akufo-Addo led NPP government of doing little in industry development, job creation, and rebranding programmes initiated by the NDC government.

Recalling that he was instrumental as MP and former Deputy Minister in the construction of Cape Coast Stadium, the rebuilding of the Kotokoraba Market and asphalting of major roads in Cape Coast Township, Mr Ricketts-Hagan urged the people to retain him and vote the NDC back into power to continue from where they left off.

His establishment of scholarship schemes for brilliant, but needy pupils that saw children in medical and engineering schools, and also giving a free bus service to send school children to and back from school had, improved enrolment in schools.

He said he personally financed the registration of National Health Insurance cards and in collaboration with some pharmacies in the constituencies for constituents with medical conditions to be given certain prescribed drugs.

On sanitation, the MP assured that he would collaborate with the people to improve sanitation in the constituency.

Mr Ricketts-Hagan urged electorate in the Cape Coast South Constituency to give him and former President Mahama their nod.

Mr Ricketts-Hagan said politicians should not use other people's children for what they would not use their own children for in their quest for power; with a reminder that politics was about development, for which no one should do anything to generate war to derail that development.