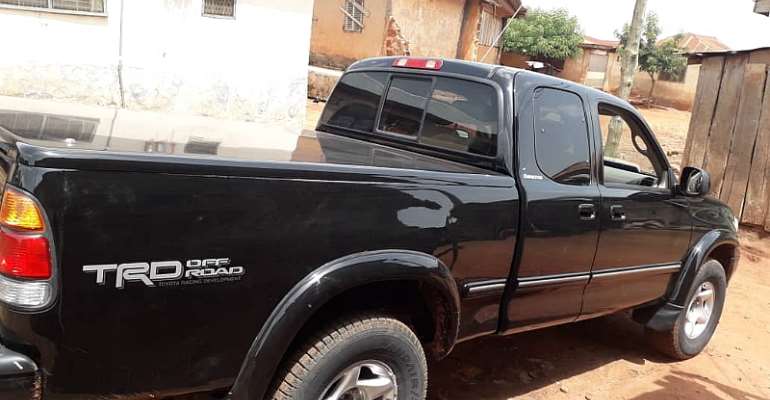 As part of efforts to support the New Patriotic Party in the forth-coming 2020 elections, the NPP Japan branch on Sunday, 25th October 2020 presented a brand-new Toyota Tundra pick-up to the NPP Bono East Regional Secretariat. This is to help enhance the operational capacity of the party during, before, and after December 7th election.

The Toyota Tundra pick-up which cost $25,000.00 was acquired and presented by the first vice-chairman of the NPP Japan branch, Mr. Michael Awuah. He cautioned the executives to desist from using the car as a personal or private car but rather use it purposely for advancing the aim of the party.

Chairman Toma, on behalf of the executives and the party thanked the NPP Japan Branch executives and members and assured them that the vehicle will be used to campaign vigorously for this year’s election whiles keeping it in good condition.

Party members and executives present were overwhelmed by this unexpected surprise from the executives and members of the NPP Japan branch.