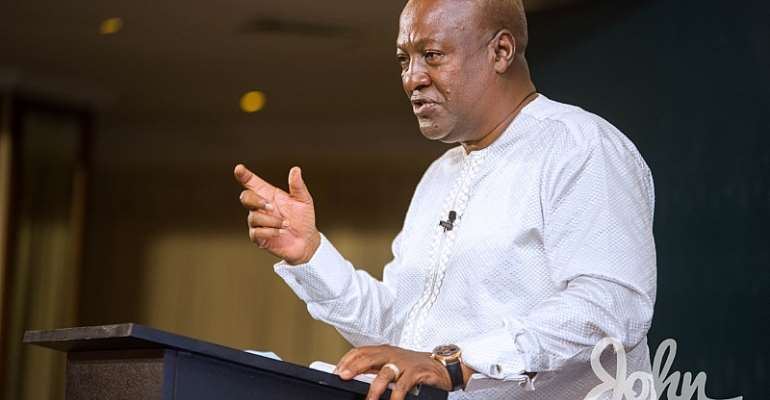 Former President John Dramani Mahama has said his party’s 2020 manifesto has put the Akufo-Addo government on its toes.

He insisted that NDC’s People’s Manifesto has shaken the government to act appropriately.

“I am overjoyed that even before the first vote is cast, the promises in the Peoples' Manifesto have significantly aroused the sleepy conscience and attention of this Government and have shaken them to act selectively albeit too late in the day on some of our policy proposals.”

Mr Mahama further said the honesty Ghanaians deserve has not been provided by the government.

He assured that the NDC is on a mission to rescue Ghanaians from the Akufo-Addo government which has failed to live up to expectation.

“At this critical stage of our nation's history, Ghanaians deserve more than ever before, a government that is honest and truthful to them. A government that takes responsibility and gives them results, not excuses or blame.”

Mr. Mahama made these comments on Monday, October 26, 2020, when he engaged with some professionals in Ghana on the NDC Peoples' Manifesto.

According to her, the NDC's policy document stands out among other manifestos that have been presented by any political party in the country's political history.

“It is a manifesto that comes from all of us and has everything for everyone. Unlike other manifestos or what has become the standard, this manifesto is different because the decision was advisably taken. As a social democratic party, we know people matter. On Monday, we all heard what our emphasis was and where we want to go and why we needed to go there.:

“There is a lot we can all do to support because it is about people giving you power so that you return the power to solve their problems for them. There are no two ways about that.”