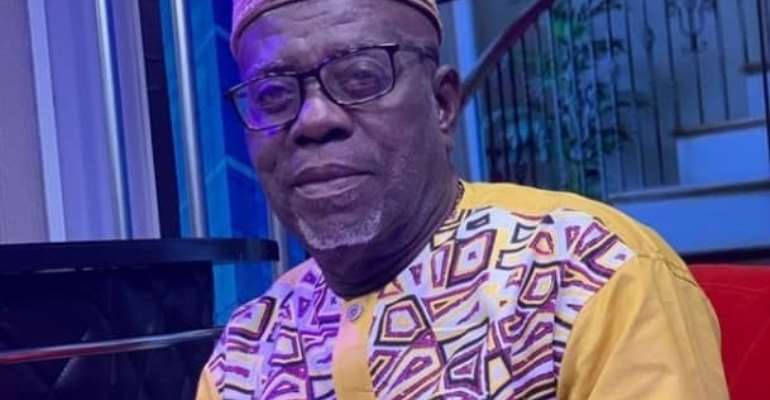 Veteran actor Fred Amugi has advised the youth of Odododiodio to remain united and not allow any politician or partisan politics to break their front.

Supporters on each side could be seen hurling crude weapons at their opponents in the fierce clashes just six weeks from this year’s general elections.

People got injured in the disturbances.

The police are investigating the matter

He said: “If there is a big man out there giving you some GHS50 or GHS20 and some weed for you to be high to hurt someone, when you come back to your senses and realise you’ve hurt your own brother, what will you do?

“The Bible says: ‘Love thy neighbour as yourself’.

“You are one people living together in one area. Don’t allow two or three people or politics to divide you.

“Let me remind you that many of these politicians have their visas and air tickets ready, so, don’t allow yourselves to be used.”

Meanwhile, Mr Nii Lante Bannerman, the NPP parliamentary candidate for the constituency has accused Mr Nii Lantey Vanderpuye, the incumbent MP of masterminding the attacks on the NPP supporters in the area at the weekend.

Mr Bannerman is demanding the immediate arrest of all the persons involved in the melee else he and his supporters would defend themselves.

Speaking at a press conference on Monday, 26 October 2020, Mr Bannerman said: “This violence in the constituency are explicitly orchestrated by the incumbent MP whose persona and character depict violence...

“I hereby call on the police, as a matter of urgency, to arrest these NDC thugs, failing which our people will be left with no other option than to defend ourselves.”

But Mr Vanderpuye has rubbished the claims, describing Mr Bannerman as a liar.

He said: “What again do you expect? He’s a liar, he was born a liar, he has grown to become a liar and he will continue to lie all his life”.

“He is lying like any person in NPP. They lie from the head to the bottom, everyone amongst them lie. I, Nii Lantey Vanderpuye, organised what happened yesterday? It’s a shame.”

Ghanaians suffering due to mismanagement by Akufo-Addo, Bawu...
39 minutes ago