My Views On Creation Of New Regions Were Apolitical – Togbe Afede 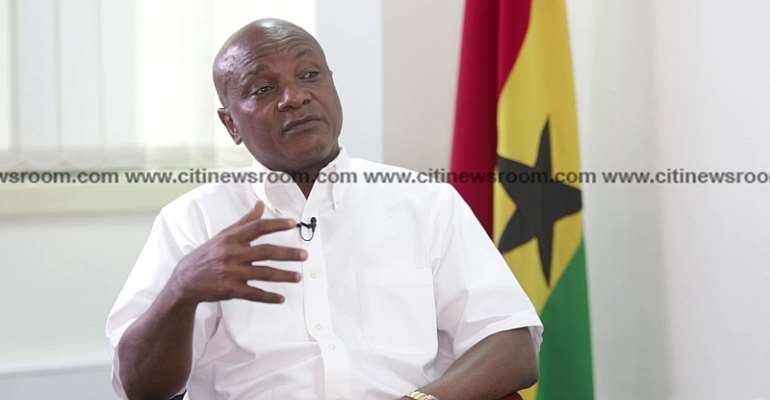 The Agbogbomefia of the Asogli State and President of the National House of Chiefs, Togbe Afede XIV is unhappy over the politicization of comments he made concerning the creation of new regions in the country.

He said the views he expressed were apolitical and not to attack the government.

Speaking on The Point of View on Citi TV, the traditional leader said people must accept different views and opinions without tagging them as political views.

The revered chief explained that “I was not against regional reorganization. I was for the process being conducted consistently with constitutional provisions”.

He added that, “We have to accept that we can all have different viewpoints. The fact that I had a different viewpoint about how that process should be conducted should not make me an enemy, neither should that viewpoint I have expressed be given a political interpretation but that is unfortunately what happened.”

Togbe Afede in 2018 came under heavy criticism from a section of the public and the Ministry of Regional Reorganisation and Development over comments he made to express disagreement with the government over the process being used to create new regions in the country.

Some persons at the time said he had taken a pro-opposition position.

But Togbe Afede told Bernard Avle that he believed that his view that the entire affected region and not just the area of the expected new region should vote to decide on whether or not a new region should be carved out of an existing one was purely based on his understanding of the constitution and not political sentiments.

“All my arguments had to do with who was entitled to vote. Is it just those we are targeting for the new region or the whole region? The constitution says that when you alter a boundary of a region, there must be a vote so when you look at it critically, everybody [must be allowed to vote],” he said.

“It was not about the government, it was about what was the best way for us to do the regional reorganization,” he added.

Partisan politics in election of MMDCEs

Commenting on the position of the National House of Chiefs on the plans by the government to have Metropolitan, Municipal and District Chief Executives (MMDCEs) to be elected along partisan lines, he said the body of traditional leaders unanimously agreed that the proposal was not in the best interest of the country.

“It wasn’t about being against government, it was about being opposed to the idea of introducing partisan politics at the lowest level. If that referendum was being proposed under the NDC, we [National House of Chiefs] will have the same opinion so it was something [a decision] that was party-blind, party-neutral.”

It’s beyond debate; Akufo-Addo has completely mismanaged Gha...
9 minutes ago

My morale is down – Angry Inspector reacts to mass promotion...
13 minutes ago