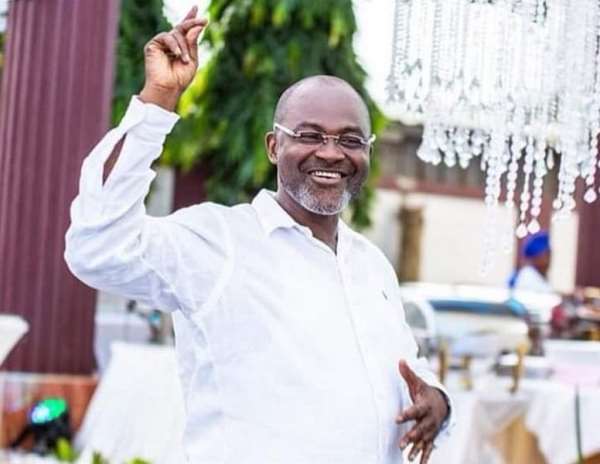 A High Court Judge, Justice Amos Wuntah Wuni, was prohibited by the Supreme Court from presiding over the contempt trial of Mr Kennedy Ohene Agyapong because the apex court concluded that he was biased towards the legislator.

According to the Supreme Court, Justice Wuni exhibited bias due to the use of the phrase ‘severely punished’ in a contempt summons to Mr Agyapong, who is the New Patriotic Party (NPP) Member of Parliament for Assin Central.

It is the view of the court that by using the words “severely punished”, Justice Wuni indicated how he intended to punish the MP even before the trial commenced.

“It demonstrates prejudice, bias and in fact amounts to grave judicial indiscretion for a judge to form an opinion on the severity or leniency of punishment to impose on a person who is presumed innocent until proven guilty,” the court held.

This was contained in a 31-page judgement detailing the reasons why a five-member panel of the apex court prohibited Justice Wuni from presiding over the MP’s contempt trial.

The unanimous decision was written by Justice Yonny Kulendi.

On October 14, this year, the apex court prohibited Justice Wuni from presiding over the contempt trial after it upheld some aspects of a judicial review application filed by the legislator.

Lawyers for the MP wanted the Supreme Court to quash the whole case against their client including the summons for him to appear before the High Court.

However, the apex court held that the summons issued by Justice Wuni for the MP to appear and answer for his action, as well as the charges levelled against the MP for allegedly scandalising the court, will stand.

It, however, quashed all the proceedings held before Justice Wuni and ordered the case to be placed before another judge.

This means that the trial will now start afresh before a new judge.

On September 2, this year, Mr Agyapong allegedly insulted a Justice of the High Court.

Mr Agyapong’s alleged comments were made in connection with a land matter.

On September 9, Justice Wuni issued a summons for the MP to appear before the High Court and answer for his alleged contemptuous comments.

"I hereby summon the said Kennedy Ohene Agyapong per a warrant issued under my hand and seal to appear before the High Court (Land Court 12) on Monday, September 14, 2020, at 10:00 a.m. to show cause why he should not be severely punished for contempt, if the matters are proven against him to the satisfaction of the court,’ the summons said.

It was the view of the Supreme Court that Justice Wuni’s use of the phrase ‘severely punished’ made him (Justice Wuni) susceptible to bias.

“Where a judge, even before taking the plea of an accused, expressly states that if the charge preferred against the accused (the applicant herein) is proven against him, he shall be “punished severely’, the inference that the judge is clearly biased is irresistible.

Also, the court held that the records of proceedings at the trial showed that they were ‘confrontational’ which left room for speculation that Justice Wuni would not be impartial in the trial.

“These considerations coupled with the trial judges express language regarding the gravity of punishment he contemplates against the applicant (Kennedy Agyapong), smacks of prejudice and bias,” the court added.