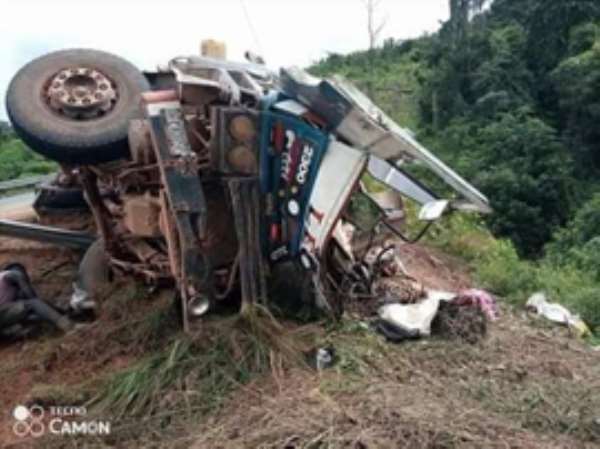 Citizens of New Yourpea in Kparblee Administrative District, Nimba County are calling on the government to investigate circumstances leading to the death of one of their compatriots involved in October 20 motor accident on the Monrovia-Gbarnga Highway that left several persons dead.

In a statement issued on Monday, October 26, 2020, the citizens, under the banner, New Yourpea Development Association (NEYODA), expressed frustration over the alleged murder of Mitchell Karson Zeat who was struggling to escape the accident scene.

It is reported that Mitchell was escaping following the accident, but was chased and beaten to death by criminals who made away with money and other belongings of all victims.

The Nimba Supt. disclosed that some passengers, who died in the motor accident along the Gbakor Kill in Bong County were reportedly killed by residents who looted their goods, money and other materials.

Superintendent Korquoi, explained that after the incident, he went along with relatives on the accident scene to retrieve some items ranging from goods, phones and money of the victims, but were resisted by individuals who he claimed looted the truck that was involved in the accident .

According to him, some citizens of Nimba County were angry and wanted to engage into a clash with those suspected of looting the truck, but he managed to calm their anger.

"With such a heartbreaking behavior that is always reported along the Monrovia-Gbarnga Highway during motor accidents and other incidents, we are calling on the government to investigate and bring perpetrators to justice in order to prevent its recurrence," the citizens averred in the statement, signed their Co-Chairman, Mr. George M. Yealue.

The citizens also used the occasion to extend heartfelt condolences to the bereaved families of Mitchell and Artington Bue Wonyagror who met their untimely demise in the tragic motion accident early Tuesday, October 20, 2020, on the famous 'Kpar-Kor' Hill in Salala District, Bong County, while on their way from Nimba County to Monrovia.

It is gathered that there were seven occupants of the vehicle, but five including Mitchell Karson Zeaty and Arlington Bue Wonyagror of New Yourpea, died.