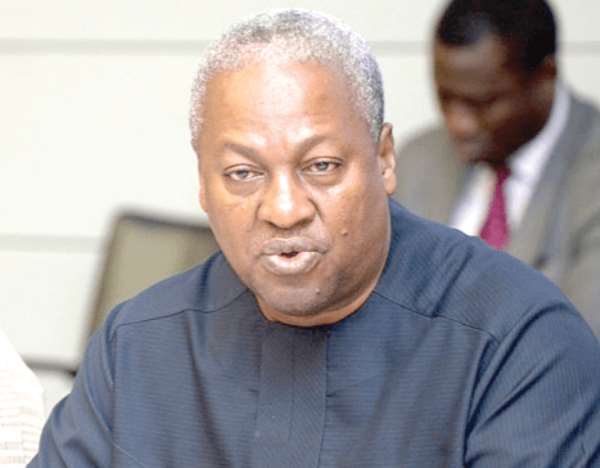 Former President John Dramani Mahama has announced major reforms that would be implemented in Ghana's pensions sector under a new NDC government.

The former President says if he is given the nod in the December polls, he will amend the National Pensions Act, to allow workers who have contributed to SSNIT for over 10 years to collateralize their contributions for mortgage loans.

He also said the reforms will allow workers in the informal sector to benefit from the SSNIT pension scheme.

John Mahama was speaking at an engagement with professionals from the various sectors of the economy in Accra on Monday.

“We plan to amend the National Pension Act 2008, Act 766 to allow workers who lose their jobs suddenly to be able to be paid a stipend while they search for new opportunities. Also, workers who have contributed between 10 and 15 years will be allowed to use their contributions as collateral to access mortgage loans in order to have a place to lay their heads.”

The former President’s promise follows the Minority’s call for the law governing SSNIT to be amended to allow contributors draw on their pensions during difficult times of COVID-19.

The Minority said allowing contributors to withdraw bits of their contribution during these moments will mitigate their plight.

John Dramani Mahama earlier made a similar proposal which was rejected by SSNIT.

This is to allow pensioners affected by the coronavirus to be financially assisted.