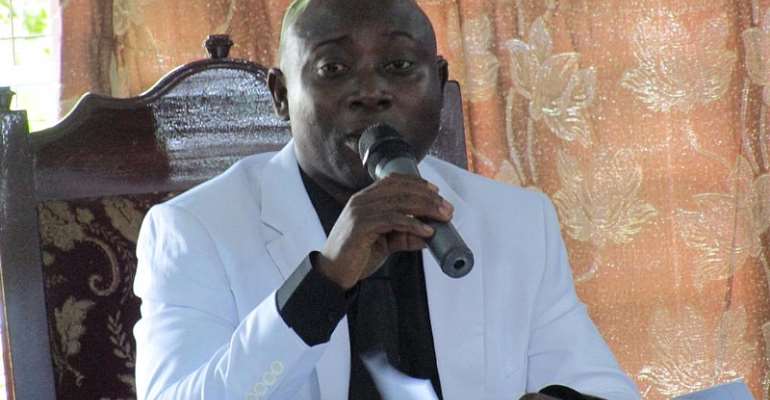 The presiding Member for Birim Central Municipal, Mr. Castro Asumadu Addae has called on Management of the Assembly to put in place office accommodation for its Unit and Zonal Council Members.

This he said would go a long way to help members to effectively plan their activities and also discharge their work successfully.

Mr. Castro indicated that the zonal council and Unit Committee members also play a crucial role when it comes to the Assembly’s revenue mobilization and however advised the said members to do all they can to induce the taxpayers to honour their tax obligations.

He disclosed these statements at the 2nd Ordinary Meeting of the Assembly held at Akim Oda in the Eastern Region.

Mr. Castro indicated that money is a blood of the Assembly and reiterated that failure to pay taxes by taxpayers has direct negative effects on the acquisition of developmental projects by residents. He further called on the management of the Assembly to intensify education on revenue mobilization to ensure more funds are obtained to undertake developmental projects to address the basic infrastructural problems confronting the Municipality.

He also used the occasion to inform the government to make available logistics to departments and agencies in the Municipality mandated to educate the general public on matters of national interest and the policies of the government.

Mr. Castro said the meeting also afforded the opportunity to Assembly Members to review and approve the Assembly’s composite annual action plan for 2021, the 2021 Municipal Composite Budget, Assembly imposition of rate, and fee-fixing resolution for the 2021 fiscal year, Executive committee’s report of the Assembly and among others.

In a short but impressive address, the Municipal Chief Executive for Birim Central, Mrs. Victoria Adu torched on the achievements of the Assembly. She said the assumption of office by Nana Addo Dankwa Akufo-Addo, the President of the Republic has made the Assembly embark on a number of developmental projects and intervention programs in the various sectors of the economy such as the health, education, energy, roads, agriculture and among others.

Mrs. Adu advised Assembly Members to devoid politics of insults and rather educate the citizenry on their parties’ manifestos to make peace prevails in the Municipality before, during, and after the 2020 general elections.