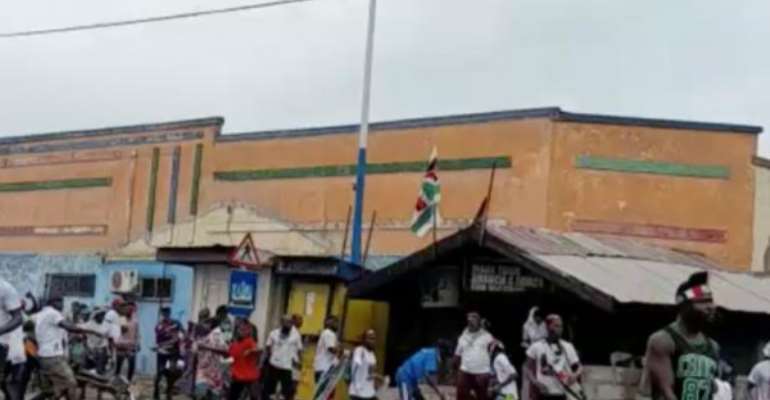 Ten persons are said to have sustained varying degrees of injuries following a clash between some supporters of the National Democratic Congress (NDC) and the New Patriotic Party (NPP) at Jamestown in the Odododiodio Constituency, on Sunday.

Deputy Superintendent of Police (DSP) Effia Tenge, Head of Public Affairs Unit, Accra Regional Police Command, told the Ghana News Agency that the injured had been issued with police medical form to go to the Hospital.

She said a tricycle was set ablaze during the clash, adding that, investigations were ongoing and that the police were yet to make any arrest.

DSP Tenge said the incident happened at about 0730hours, when the NDC Odododiodioo Constituency embarked on a health walk with Mr Edwin Nii Lante Vanderpuije, the incumbent Member of Parliament (MP) for the Constituency and NDC Parliamentary Candidate for the area.

She said, "At about 1000 hours, when they got to the Odododiodioo Constituency NPP 'Blue Gate' shelter at 'One Way, High street, a misunderstanding ensued between a group of young men who were in the 'Blue Gate' shelter and some supporters of the NDC in the health walk."

The police said the misunderstanding slipped into the hurling of bottles and stones between the groups causing injuries to about ten persons, who were currently receiving treatment at the Hospital.

She said efforts were being made to get some people whose names were mentioned for allegedly initiating the fight and said the police had intensified its presence in the area to prevent reprisal attacks.