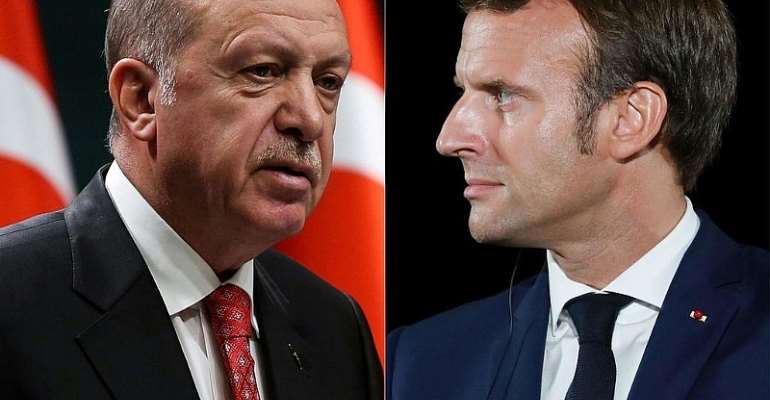 The leaders of Germany and Italy have hit back at “unacceptable” remarks made by Turkish President Recep Tayyip Erdogan who on Monday called on European leaders to end the “hate campaign" against Muslims being “led” by President Emmanuel Macron.

The development comes as anti-French sentiment is growing following tributes made to history teacher Samuel Paty, who was beheaded after showing controversial cartoons of the Prophet Mohammed to his class during a lesson on freedom of expression.

“A lynching campaign similar to that against the Jews of Europe before World War II is being waged against Muslims," Erdogan said, after Macron vowed to fight "Islamist separatism” that he said was threatening to take hold of some Muslim communities in France.

But a spokesman for German Chancellor Angela Merkel described Erdogan's statements as "defamatory" and "absolutely not acceptable”, particularly in the context of the "horrendous murder of French professor Samuel Paty by an Islamic fanatic”.

A short time later Italian Prime Minister Giuseppe Conte expressed his “full solidarity” with Macron in a post on Twitter written in French. "President Erdogan's remarks to President Macron are unacceptable. Personal invectives do not help the positive agenda that the EU wants to pursue with Turkey, but on the contrary, they drive away solutions," he wrote.

Boycott call
Erdogan's appeal to EU leaders came as he gave a speech in Ankara during which he also called on Turkish people to stop buying French products.

"Just as in France some people say 'don't buy Turkish brands', I am addressing my nation from here: above all, don't pay attention to French brands, don't buy them," he said.

Following criticism for the president's silence over Paty's killing, a spokesperson for Erdogan on Monday condemned the "monstrous murder”, saying that it could in no way be justified.”

During the ceremony to honour Paty, Macron said France would not “renounce cartoons”, adding that the well-liked teacher "was killed because Islamists want our future".

Anti-French sentiment
His words have unleashed widespread anger against France throughout the Muslim world, with Erdogan earlier saying Macron needed a mental health check and Pakistani Prime Minister Imran Khan accusing him of creating further polarisation that would in turn lead to further radicalisation.

However the French Council of the Muslim Faith (CFCM) on Monday denied that French Muslims suffered from persecution.

"France is a great country, Muslim citizens are not persecuted, they freely construct their mosques and they freely practise their religion," the CFCM said in a statement.