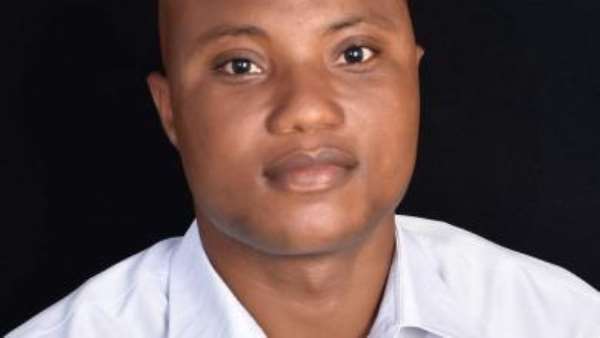 At exactly 6:00 pm today, President Akufo Addo commissioned yet again another monumental project of John Dramani Mahama, former President and 2020 Presidential candidate of the National Democratic Congress. Adding to the tall list of Mahama-initiated and funded projects he has commissioned in the Greater Accra region without acknowledging him is a six million Ghana cedis ultra-modern market at La in the La Dadekotopon constituency.

The idea to build an ultra-modern market for the good people of La and it's adjoining constituencies was midwifed by the then Chief Executive of La Dadekotopon Municipal Assembly, Hon Rita Odoley Sowah, now the NDC Parliamentary Candidate for the La Dadekotopon Constituency in the impending elections, at the behest of John Mahama.

It is on record that sod cutting for the start of the project was done in 2016 of which the then Greater Accra Regional Minister, Hon Nii Laryea Afotey Agbo, Chief and opinion leaders of La Traditional Council together with Hon Odoley Sowah cut sod for the start of the market that President Akufo Addo is billed to commission today. Unlike the La General Hospital that President Akufo Addo pulled down and cut sod since August this year for is reconstruction without dedicated source of funding, Hon Odoley Sowah, with the approval of the Assembly, dedicated parts of the District Assembly's Common Fund and a chunk of Internal Generated Funds of the Assembly for the construction of the market.

The dedicated source of funding for the project explained why when the NPP took over the governance of the country in January 2017, the project did not stall. For purposes of emphasis, construction works started immediately after the sod cutting in 2016. In other words, the NDC started the project before the NPP won the election. At best, what the NPP did was to continue the project with funds left by Hon Odoley Sowah. This point is very important because President Akufo Addo is currently touring the region and cutting sod for the construction of some projects without funds for the start of same. With 42 days to the 2020 election, President Akufo Addo and the NPP have now realized that there is the need to have a project of their own in the region after winning majority votes in 2016. It has turned out that the countless sod cuttings are deceptive antics to hoodwink voters as there is no dedicated source of funding for the projects neither is there a commitment to start the projects before existing office on January 7, 2021.

A classical example is the supposed reconstruction of the La General hospital where the existing hospital was pulled down at a time government was not ready to start the construction. As it stands now, the good people of La and it's environ only have billboards with Akufo Addo's images thanking him for a hospital that a block is yet to be laid two months after a jamboree to cut sod for its construction. It is shameful and a mark of inexplicable incompetence for a President asking for four more years to be cutting sod indiscriminately 42 days to a election.

Akufo-Addo is confused over MMDCEs appointment – Ho Central ...
59 minutes ago