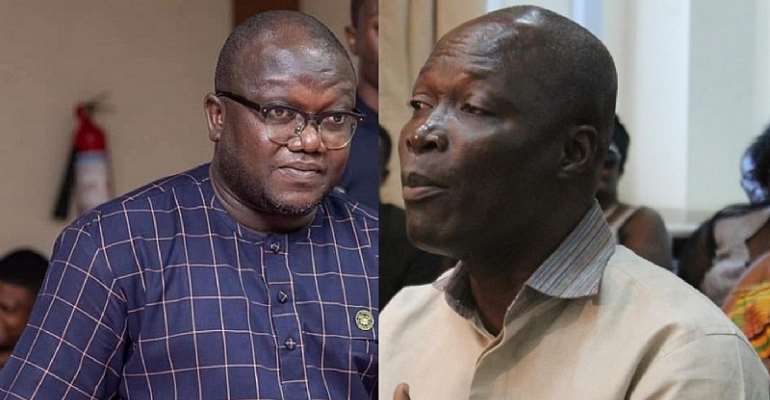 The governing New Patriotic Party’s (NPP) parliamentary candidate for Odododiodio constituency, Nii Lante Bannerman, has accused the Member of Parliament of the area, Nii Lantey Vanderpuye, of masterminding attacks on some NPP supporters in the area over the weekend.

Mr Bannerman is demanding the immediate arrest of all the persons involved in the melee else he and his supporters would defend themselves.

Speaking at a press conference on Monday, 26 October 2020, Mr Bannerman said: “This violence in the constituency are explicitly orchestrated by the incumbent MP whose persona and character depict violence...

“I hereby call on the police, as a matter of urgency, to arrest these NDC thugs, failing which our people will be left with no other option than to defend ourselves.”

But Mr Vanderpuye has rubbished the claims, describing Mr Bannerman as a liar.

He said: “What again do you expect? He’s a liar, he was born a liar, he has grown to become a liar and he will continue to lie all his life”.

“They lie from the head to the bottom, everyone amongst them lie.

On Sunday, 25 October 2020, supporters of the two major political parties; governing NPP and main opposition National Democratic Congress (NDC), got embroiled in violent clashes on the streets of Jamestown, Odododiodoo in the Greater Accra Region.

Supporters on each side could be seen hurling crude weapons at their opponents in the fierce clashes just six weeks from this year’s general elections.

People got injured in the disturbances.

The police is investigating the matter.

Odododiodoo is known for being an election hotspot.