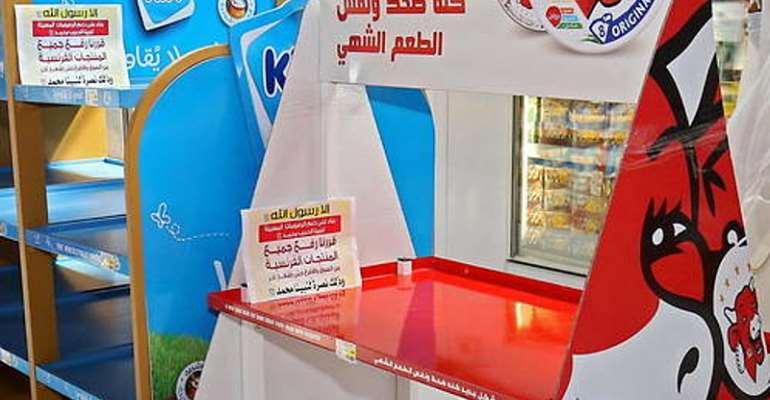 The leader of MEDEF, the Employers' Federation in France, said French companies should not to give in to 'blackmail' following boycotts of French products by some customers and shops in predominantly Muslim countries.

The calls for a boycott began after President Macron's declaration on Thursday that France would not end its tradition of satirical cartoons, which sometimes lampoon religions.

Macron made the declaration at a special ceremony to honour teacher Samuel Paty who was beheaded on October 16th by an Islamist terrorist after showing cartoons of the prophet Mohammed in a lesson about free speech.

However, the Medef leader did not favour a tit-for-tat boycott of goods from the countries concerned, advising not to “respond to stupidity with more stupidity.”

French products have been removed from some shops in Kuwait, Jordan and Qatar, while there have been protests in Libya and the Gaza Strip.

Online, calls for similar boycotts in other mainly Muslim countries, such as Saudi Arabia, have been circulating.

Roux de Bézieux described the boycott as “bad news” but noted that at the moment the movement was fairly localized.

French Foreign Ministry mobilised
Meanwhile, the French foreign ministry has issued a statement on the boycott and protests.

The statement asserts that the French positions on freedom of conscience, freedom of speech, freedom of relgion and hate-speech have been misrepresented by radical minorities who wish to further their political ends.

France will urge governments and authorities abroad to disassociate themselves from such calls to boycott France and also to assure the safety of any French businesses or citizens on their territory, said the statement.