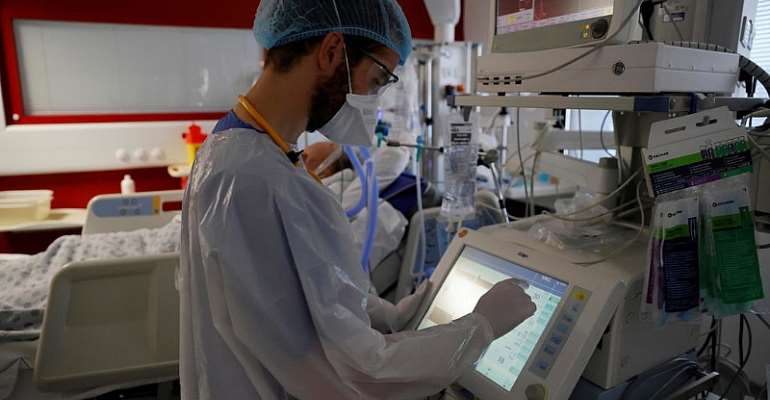 The chairman of France's Scientific Council, Jean-François Delfraissy said this Monday that the number of new coronavirus cases in the country may have risen to upto 100,000 per day,

Speaking this morning on RTL radio station, Delfraissy remarked "We are in a very difficult situation, there are probably more than 50,000 [recorded] cases per day, but the scientific council reckons that the figure is more like 100,000 daily cases.

"Between the diagnosed cases, cases which are undiagnosed and asymptomatic forms of the infection, we approach this number. This means that we have a virus that circulates extremely fast... we had anticipated a second wave, however we are surprised by the brutality of what has been happening over the past ten days."

On Sunday, France's Public Health agency reported a record 52,000 new Covid infections over 24 hours - nearly 6,600 more than the previous record of over 42,400 the day before.

This comes as the president of the Grand Est region Jean Rottner has called on the government to open "consultation" with the regional bodies and local elected officials to prepare for an "adapted lockdown" to deal with the exponential rise in coronavirus cases in Eastern France.

Speaking on France Info radio this Monday, Rottner said "I ask that these discussions open between the government and intermediary bodies along with local elected officials.

"You don't need a weekly or fortnightly press conference, you need dialogue, consultation and education" he remarked

Referring to "a reconfinement adapted" to local situations, Jean Rottner, himself an emergency physician, recommended to focus on areas where "there are more than 1,000 positive cases per 100,000 inhabitants".

Asked about the probability of a new lockdown he said that “the figures are relentless” with “more than 50,000 new positive cases” recorded in 24 hours with the threshold of 1,000 deaths per week” having already been exceded.

The president of the Grand Est region, which was one of the first and most violently affected by the first wave of the pandemic, cited Israel as an example which, "at the cost of fairly severe confinement over two weeks, [Israel] has managed to break its epidemic curve ".

Akufo-Addo is confused over MMDCEs appointment – Ho Central ...
55 minutes ago