Lille draw at Nice to leave PSG top of Ligue 1 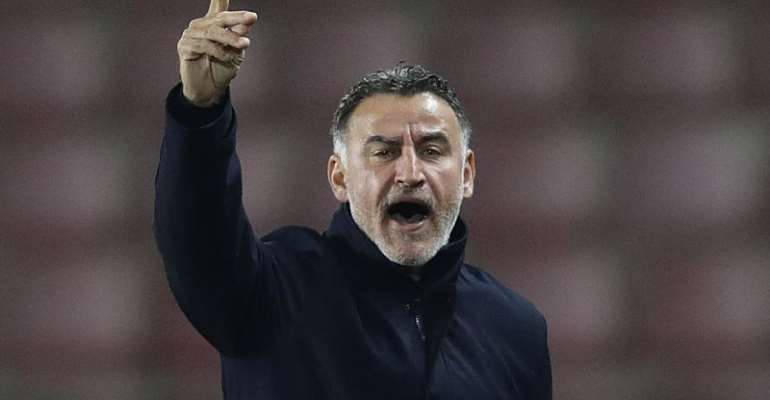 Despite squandering a chance to go top of Ligue 1, the Lille boss Christope Galtier hailed his players' resilience after they came from behind to force a draw at Nice.

The hosts opened the scoring just after the pause through Kasper Dolberg. The visitors responded soon after when Burak Yilmaz converted Luiz Araujo's cross from the left.

“It's the first time we've been led this season,” said Galtier. “We reacted well.”

The draw leaves Lille with 18 points after eight games. They trail Paris Saint-Germain on goal difference.

“Sometimes, you just have to take what you get,” Galtier added. “We played against a very good team from Nice. We weren't able to be at our best because Nice was good and sometimes very good.”

Nice rose to fifth above Lens whose game with Nantes was postponed after 11 of the Lens team tested positive for the coronavirus.

Nantes had already travelled to northern France for the clash. "The health situation takes priority but this changes a lot of things for the league itself," said the Nantes coach Christian Gourcuff. "I think that what we have experienced is going to happen again."

In August, the Ligue 1 season opener between Marseille and Saint-Etienne was rescheduled after four members of the Marseilles squad tested positive for coronavirus.

The game between Bordeaux and Nantes replace it as the poster event for a league that was cancelled in April as part of the French government's attempts to stem the spread of the disease.

After the postponement, the LFP relaxed its health protocols to ensure games could go ahead as long as at least 20 players from a list of 30 on each team had tested negative.