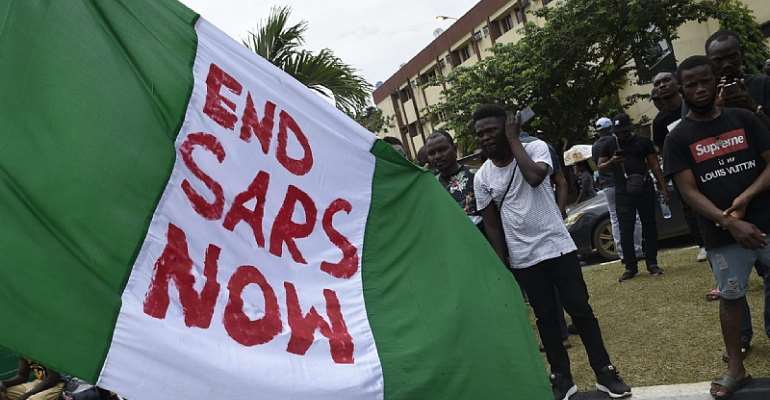 It is in sorrows rather than in pains that I write this little piece about the recent development in Enugu State, a city known for its legendary peace, serenity and hospitality.

A city so rich with history, tradition and culture. A city whose people are known for gentleness, simplicity, humility and level-headedness.

However, it is sad to note that October 2020 has put question marks on the enviable status of the city, its people and position among states in the country. Does an old dog learn new tricks? What actually happened to this old city? This is the question many scholars will provide answers to in months and years to come because of the unfortunate incidence of the month of October.

All over the world, history books are filled with people who conducted peaceful protests and refused the temptation of allowing it to degenerate into physical violence or destruction of properties. People who resisted the urge to drink from the cup of bitterness and hatred in the name of protestations.

We remember the names of people who through non-violence achieved what brutal force could not achieve. Through non-violence, the Berlin Wall came down, Apartheid ended in South-Africa, India got her independence, racial segregation ended in the United States as blacks and whites became free to pursue their happiness, determine their destiny and attend same public schools among others.

Sadly, in our time, Enugu that used to shine the light for others to follow got enmeshed in violent protests, destruction of properties, maiming and killing of people, leaving bitter tastes in the mouth of many - most of whom are innocent victims of circumstances.

On the leadership level, I give kudos to the state government for acting promptly by addressing the protesters, following it up with the setting-up of Judicial Panel of Inquiry to do justice to concerns of the protesters as well as giving the panel all the necessary supports to begin work immediately; thereby making the state the first among equals to respond to the protesters demand.

While some states are still undecided on what to do or are still pussy-footing, the Enugu State Government have already finished works and is looking forward to receiving and implementing the panel's recommendations. The leadership did not disappoint but the protesters who allowed hoodlums, arsonists and hooligans to perpetrate violence in the name of what was originally regarded as peaceful protest disappointed the state.

History may not remember all that was said during the protest, but will certainly remember things that were done, the destructions caused and the pains inflicted on families, homes and organisations. This is indeed strange to the culture and tradition of Ndi-Enugu!

However, the time has come for the youths most of whom are non-indigenes of Enugu State to give peace a chance.

Now is the time to make amend, unclench our fists and give government time to implement promises made.

Never again should we allow violence or destructions of all types and manifestations to rear its ugly head in the state.

Nonetheless, those who betrayed the state and its people with violence are in the minority and we will never allow their action to poison our minds against the genuine protesters who want to see things differently.

But the question is when the history of the protest is finally written, what will history remember you for? Will it remember you as one who destroyed the state or as one who joined hands with others to make the state great through non-violence? This is because the history train has just left the station.

Therefore, no matter what happened, Enugu State still remains peaceful and will continue to remain peaceful to the end because it is a state in the Hands of God.

Latest Photo Reports
Catch up with all the political quotes from our politicians.
Advertise here
More Article
ModernGhana Links
Energy transitions: The role of institutions and market structures
Accountants can reduce the environmental impact of mining: pointers for South Africa
How multicultural churches in South Africa are breaking down race barriers
Nigerians refer to violence as 'intergroup conflict': what's actually at play is xenophobia
The making -- and then breaking -- of South Africa's Robben Island Museum
Isaac Adongo writes: Under Akufo-Addo the average man's hand goes towards the mouth to drive away flies, not to put food into the mouth
My early memories of the Kumasi Academy Class of 1976
George Andah's call for unity and acceptance: A sign of good leadership
The genocide of signed languages: protecting the linguistic rights of Africa's deaf children
TOP STORIES