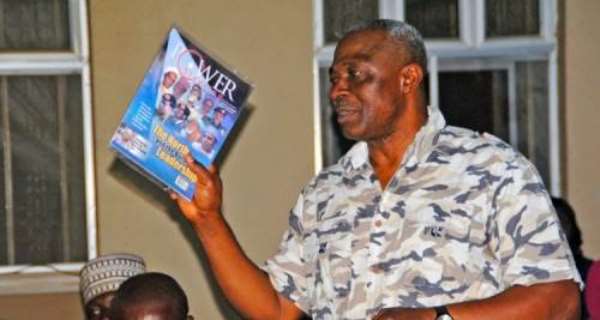 Conference of Nigeria Political Parties (CNPP) has called for the immediate release of a Nigerian journalist, Tom Oga who have been in detention for 15 days without trial.

The CNPP in a statement signed by its Secretary-General, Chief Willy Ezugwu wondered why "the Nigerian government is paying lip service to police reform if the police will continue to detain citizens indefinitely without trial.

"The CNPP strongly condemns the detention without trial of Nigerian journalist, Tom Oga since October 13, 2020, at a time Nigerians are clamouring for police reform.

"The journalist who is the publisher of Power Steering Magazine, sadly, has been abandoned in police facility since his arrest at about 5 pm on the said date by operatives of the Nigeria Police Force on the orders Jeddy Agba, Minister of State for Power, over an allegation of defamation.

"The CNPP is amazed that this onslaught against the journalism profession, and a slap on the rule of law, by a Minister appointed by President Muhammadu Buhari who has assured of his preparedness to reform the Nigeria Police Force is happening.

"We call the attention of the Inspector General of Police to this obvious abuse of executive powers, using the Nigerian Police.

"If the Minister has any issues with any publication by any journalist, the courts are there to seek redress.

"The CNPP is already compiling allegations of corruption against the minister, which will be made public soon", the CNPP said.