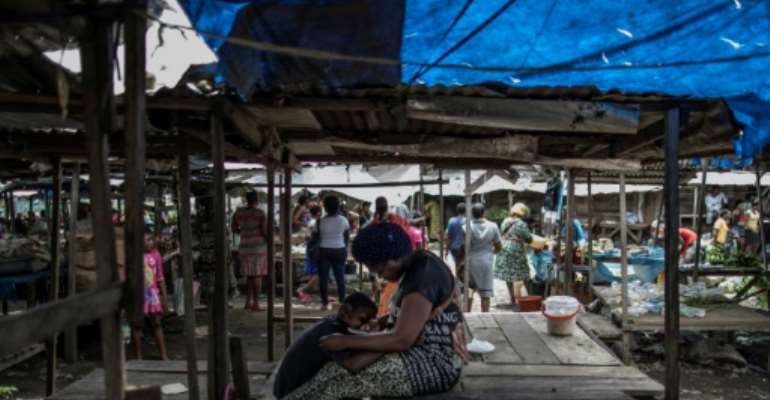 Rights groups say both sides have killed civilians during the conflict. By MARCO LONGARI (AFP)

Cameroon was in shock Sunday after the massacre at a school in the English-speaking southwest of the country, which the government has blamed on separatist militants there.

He said there were six victims of the attack, aged between nine and 12, while the United Nations had reported a death toll of eight.

The government said 13 children had also been wounded during the raid on the bilingual school in the town of Kumba -- seven of them seriously.

Around 10 people on three motorbikes burst into the compound of the private Mother Francisca International Bilingual Academy, said Sadi.

They "coldly opened fire on the pupils who were in the classrooms", he added.

A statement Saturday from the local UN Office for the Coordination of Humanitarian Affairs (OCHA) said the assailants had also used machetes.

"There are no words for the grief, nor condemnation strong enough to express my horror at the brutal attack...," he wrote.

Opposition leader Maurice Kamto denounced what he described as "an absolute horror".

Doctors Without Borders (MSF), whose staff were treating some of the wounded, described the attack as "a reprehensible and indecent act".

"Civilian structures including schools and hospitals must not be targets," said Alberto Jodra Marcos, MSF emergency coordinator in the region.

"There is anger, but there is also fear regarding what is going to happen now. the violence is going to intensify and the civilian population will be in the middle of it, unfortunately," he added.

On Sunday, a small crowd of people, mainly women, gathered in Kumba, to march and protest the killings.

Sadi said the aim of the attackers had been to stop the return to schools that had been taking place in the Northwest and Southwest provinces, where English-speaking separatists are fighting for independence. 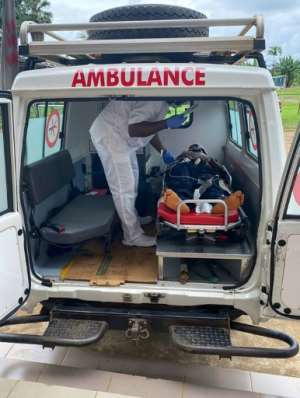 Doctors Without Borders (MSF) whose staff were treating some of the wounded, condemned the attack. By Antoinette BUINDA (MÃ©decins sans FrontiÃ¨res (MSF)/AFP)

The two English-speaking regions in this mainly francophone country have become the centre of the conflict, with separatists targeting the army and demanding local government offices and schools close.

Rights groups have accused both the separatists and government troops of having killed civilians during the conflict since 2017.

The fighting has claimed the lives of more than 3,000 people and forced over 700,000 people to flee their homes.

Last year, two students were killed by separatists in Buea, the capital of Southwest region in what an official described as "reprisal" for opposing the forced school closures.

In 2018, insurgents killed a principal, mutilated a teacher and attacked several high schools.

Separatists have also increasingly resorted to kidnappings and extortion, along with attacks on troops and police, and arson assaults on public buildings and schools.

The government has responded with a crackdown, deploying thousands of soldiers.