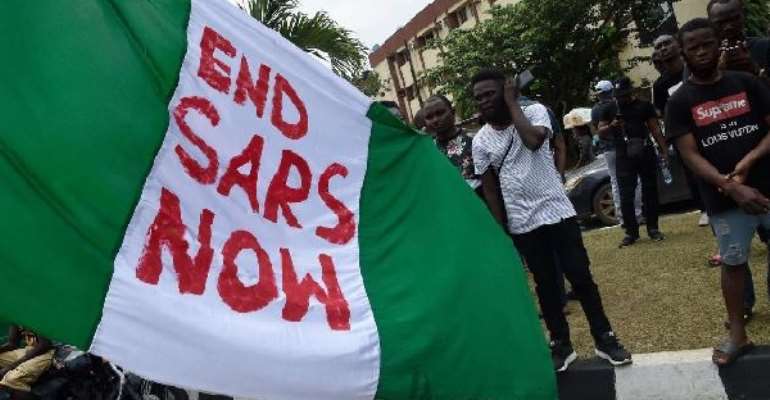 The End SARS protest has provided some food for thought, and some material for critical reflection. It is pertinent to explore how critical thinking can be applied to the EndSARS movement in Nigeria. This protest has been a defining moment in Nigeria's political history and needs to be critically examined. Some may think it is too early to critically reflect on it but I do not think so. In the past weeks, young Nigerians have campaigned against police brutality and abuse. The campaign had largely been peaceful, effective, and productive until some state-sponsored thugs started attacking protesters and burning their cars in Abuja. And then came the bloody Tuesday. The government sent soldiers who shot at protesters, killing about 12 persons and wounding many more. Since that bloody Tuesday, mayhem has broken out in many parts of the country. There have been reports of killing, arson, looting in many parts of the country. Over 60 persons have reportedly been killed but this should be a conservative estimate.

To critically situate the events that have transpired in the past few days, it is important to raise some questions. It is necessary to interrogate all that have unfolded and are still unfolding this month. Raising questions would help shed some light on the sequence of events, and put into perspective this historic protest.

The End SARS campaign started in 2017 but did not gain much local and international support until this October. So, why has the October-2020 protest succeeded better than the 2017 edition? What did the protesters do differently this time? Why did the protest resonate with more people in 2020? In response to the protest, the head of the police disbanded the notorious police unit, SARS. Now, why did the police proscribe SARS? Why did the police wait until a protest had been organized before disbanding this police unit? Are the police not aware of these atrocities before now? If they knew about the brutality and torture, extortion, and extrajudicial killings, why did they keep quiet? Why did they not act and take steps to tackle these abuses before people protested? Does it mean that if people did not protest, the police would not have taken the necessary measures to tackle brutality and impunity in the police force?

Meanwhile, the protesters are young people. Why is this the case? Where are the elderly Nigerians? Are there not elderly persons who suffered police brutality? Are there not elderly Nigerians whose relatives suffered police brutality? Why are they not protesting? The October edition of the End SARS campaign started with protests in Lagos, Abuja, and a few states in Southern Nigeria. Why did the protests start in these places, not in others? Why did the End SARS campaign commence in the south and not the north of the country? Are there no cases of police brutality in the north of the country? When the police chief disbanded SARS, governors from Northern Nigeria went to the president to register their opposition to the proscription of SARS. Why did the governors oppose the move? What do northern governors stand to gain from the reformation and not the dissolution of SARS? Why didnt Northern governors propose the reformation of SARS before now?

The protest in October was peaceful. For week and days, the government was scampering for ways and means to neutralize or at least discredit the protest. The government had to sponsor some agents to attack protests. These government agents burnt the cars of protesters. Why did the government sponsor some infiltrators? Why didn’t the government try to stop them? These agents prepared the ground for the intervention of soldiers in Lagos. These agents removed the security cameras and cut the power in the Lekki area before the soldiers moved in and started shooting at protesters. So, why did they remove the security cameras? Why did they disconnect the electricity at the tollgate? Who deployed the army to Lekki? Wy did the soldiers attack at night not during the day? What were the terms of deployment? When the soldiers finished shooting and killing protesters, where did they go? Did they return to the barracks? Which barracks? Did they report to anyone? Who was that? Now, the government has mismanaged the End SARS protest and created an atmosphere of anarchy and chaos in many places.

What is the way forward?

The author has 337 publications published on Modern Ghana.