Covid-19: France and Italy clamp down as Spain considers state of emergency 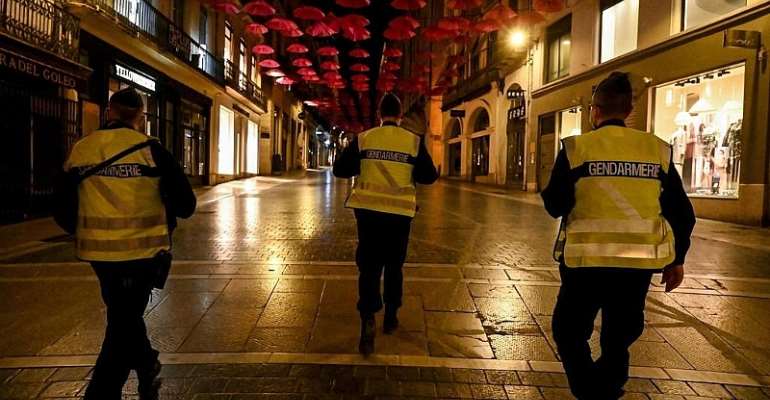 France hit a new record on Saturday after it clocked more than 45,000 Covid-19 infections, just one day after registering its highest numbers.

"The difference compared to the first wave is that now we also have all the chronic pathologies of the winter period to take care of," said emergency doctor Agnes Ricard-Hibon on television.

The government has extended the 9pm-6am curfew to now cover 46 million people, or two out of three people in France.

Police have cracked down on restaurants that have served past 9pm,. In one incident customers were told to abandon their drinks and leave without paying, according to a tweet by a local journalist.

Italian restrictions
Italy, the epicentre of the first European outbreak, also imposed new coronavirus restrictions on Sunday to prevent another surge in numbers.

Far-right protesters in Rome attacked police while demonstrating against a new curfew set to go into effect hours later. They lit fireworks and burned trash cans.

Cinemas, theatres, gyms and swimming pools will close on Monday until 24 November. Bars and restaurants will need to stop serving at 6pm- measures regional heads have bristled against.

The World Health Organisation (WHO) has consistently warned that Covid-19 cases could rise significantly in the latter part of the year, particularly in the northern hemisphere as it turns to winter. The second wave could test hospitals, pushing capacity to the brink.

On Friday, WHO chief Tedros Adhanom Ghebreyesus said: "Too many countries are seeing an exponential increase in Covid-19 cases and that is now leading to hospitals and intensive care units running close to or above capacity.

Spain considering new state of emergency
Spain's cabinet is meeting on Sunday to consider a new nationwide state of emergency, enabling it to impose overnight curfews and other measures. It is the first European country to pass the one million cases milestone.

"The curfew is good for those who are drinking in the street a lot lately, because at our age people go out a lot, they are uncontrolled and then what happens, happens," Juan Pelayo, 17, from Valladolid, told AFP newswire. His town has already introduced a nighttime curfew.

No Christmas market for Frankfurt
City leaders in Frankfurt have cancelled its world-famous Christmas market this year in order to try and curb Covid-19 infections. The market, which attracts more than two million visitors each year, is the latest victim of the anti-virus measures.

"The order of the day is to reduce contacts and to meet as few people as possible," said Chancellor Angela Merkel on Saturday after Germany recorded its 10,000th coronavirus death.