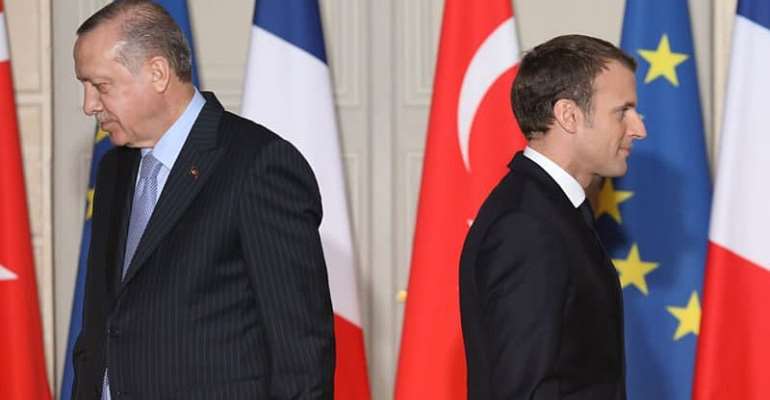 French President Emmanuel Macron has reacted to an attack by his Turkish counterpart Recep Tayyip Erdogan and recalled the French ambassador to Turkey.

The move came after Erdogan criticised Macron over his attitude towards Muslims.

"What is the problem of this person called Macron with Muslims and Islam? Macron needs treatment on a mental level," Erdogan said in a speech in the central Turkish city of Kayseri.

"What else can be said to a head of state who does not understand freedom of belief and who behaves in this way to millions of people living in his country who are members of a different faith?" Erdogan added.

'Not a method'
French government sources said the comments were unacceptable. "Outrage and insult are not a method," Macron's office added.

In early October, Macron said there would be a clampdown on what he called Islamist separatism. He said there was a risk it was taking over some Muslim communities in France.

On 16 October, the teacher Samuel Paty was murdered in Conflans-Sainte-Honorine near Paris after showing cartoons of the Prophet Mohammed in one of his lessons on freedom of expression.

Turkey and France are both members of the NATO military alliance, but have rowed over issues including Syria and Libya, maritime jurisdiction in the eastern Mediterranean and the conflict in Nagorno-Karabakh.

Akufo-Addo not bound to nominate recommended MMDCE hopefuls ...
58 minutes ago