Turkey's Erdogan lashes out at Macron for his attitude towards Muslims 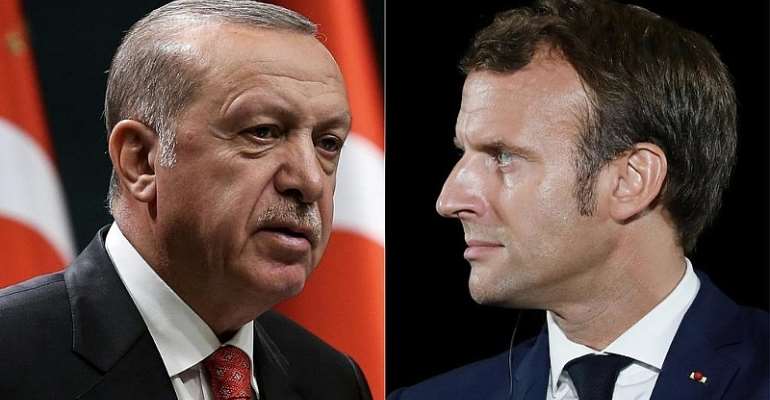 President Recep Tayyip Erdogan of Turkey has criticised his French counterpart Emmanuel Macron's attitude towards Muslims in a televised speech on Saturday.

"All we can say about a head of state who treats millions of members of different religious communities in this way is: go for mental health examinations first," he said.

This is not the first time Erdogan has lashed out at Macron regarding Islam.

Two weeks ago he called Macron's statements on Islamist separatism and the need to “structure Islam” in France a provocation.

French lawmakers will be presented with a bill in December that targets radical Islam and strengthens secularism in France. It will also promote republican principles in France.

On 16 October, school teacher Samuel Paty was beheaded by Abdullah Anzorov in Conflans-Sainte-Honorine just outside Paris for showing cartoons of the prophet Mohammed in his class.

Samuel Paty was killed because he embodied the Republic: President Macron

The proposed bill is likely to upset Turkey, especially calls to control mosque funding and the ban on training imams abroad.

Erdogan is seen as a champion of Muslim values and he regularly speaks out in defence of Muslim minorities.

France and Turkey already maintain a tense relationship, from issues with migrants in the Mediterranean, fighting in Karabakh and the Libyan conflict.