Paris Saint-Germain get chance to cut the mustard against Dijon 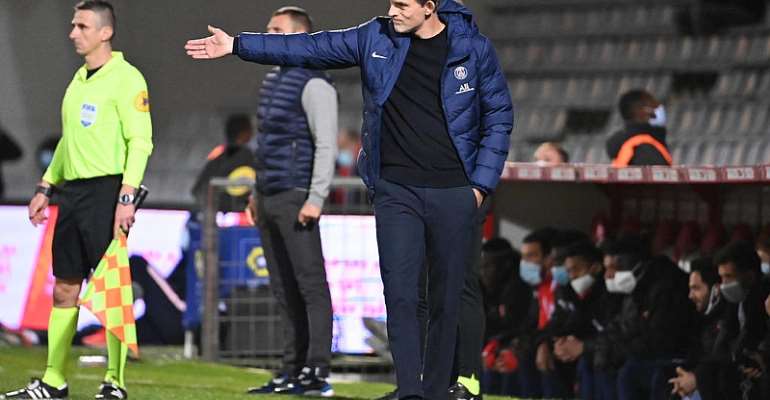 Paris Saint-German take on Dijon on Saturday night with a n opportunity to go top of Ligue 1 for the first time this season.

The French champions endured a torrid start to the campaign with successive defeats - inclduing an ill-tempered home loss to bitter rivals Marseille.

But since the early reverses, Thomas Tuchel's men have strung together five consecutive wins to rise up the table.

With pacesetters Lille playing away at Nice on Sunday night, PSG can take first place - albiet for 24 hours - with victory at the Parc des Princes.

Despite going into the game with an injury ravaged squad and a player having tested positive for coronavirus, bottom-of-the-table Dijon should provide easy pickings for a team with 400 million euros worth of attacking talent at its disposal in the shape of Neymar and Kylian Mbappé.

Pressure
The costly duo will be under pressure to deliver after failing dismally on Wednesday night at home to Manchester United in the first game in the group stages of this season's Champions League.

PSG went down to a late winner from Marcus Rashford. “It's my fault if we lose,” said Tuchel.

“It's exactly why I don't go looking for my name on the internet after a defeat. But the questions and criticism are part of the job and I really don't expect anything else.”

PSG went into the match against United on the back of a 4-0 thrashing of Nimes on 16 October.

Rest
Three days after the Champions League tie, PSG, despite the absence of midfielders Marco Verratti, Leandro Paredes and Idrissa Gueye, should have too much nous and firepower for a Dijon side that has not won a match and conceded 14 goals in seven games in Ligue 1.

Tuchel said he might even dispense with Mbappé and defender Presnel Kimpembe who both featured for the France national side in their Nations League qualifiers during the pause for international fixtures.

Mbappe, 21, has already played 483 minutes for club and country in October - the equivalent of five and a half games.

“We've got to consider putting them on the bench,” said Tuchel of Mbappe and Kimpembe. “It's obvious they have played and travelled too much.”

The club refused to identify the player who tested positive on Friday for coronavirus. But he will miss Saturday night's game as well as the trip to Turkey for PSG's second game in Group H of the Champions League against Basaksehir on 28 October.

Akufo-Addo not bound to nominate recommended MMDCE hopefuls ...
59 minutes ago