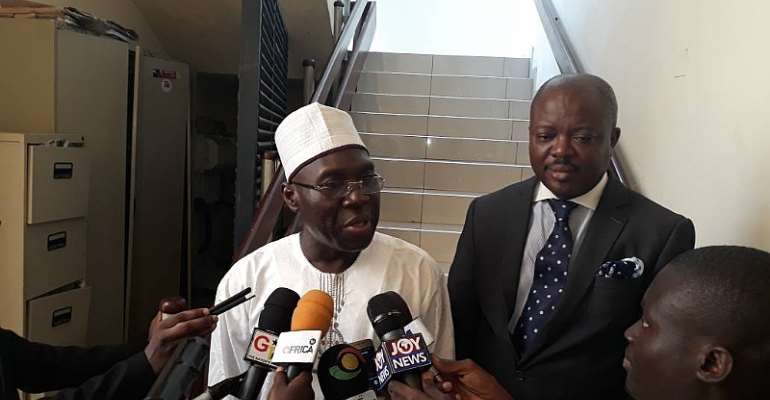 A former Minister of Lands and Natural Resources, Alhaji Inusah Fuseini has defended the promise by former President John Dramani Mahama to free small scale miners also known galamseyers who were imprisoned under the Nana Akufo-Addo-led government in the wake of the fight against galamsey.

John Mahama said he will grant amnesty to all small-scale miners imprisoned at the peak of the fight against galamsey if he wins the December 7 presidential election.

He told the chiefs and people of Mpohor in the Western Region that: “It's sad. The government said it was fighting galamsey, and they arrested, prosecuted, and jailed Ghanaians who were engaged in that activity but left the Chinese woman [ Aisha Huang ].”

Senior Minister, Yaw Osafo Maafo, at a town hall meeting in the US suggested that Aisha Huang did not face the full rigours of the law for diplomatic reasons, a comment which sparked controversy.

Speaking on Eyewitness News, Mr. Fuseini condemned the government for being selective in enforcing the laws against illegal mining in the country.

“A small scale miner violates the law only when he operates without a license. You do not release a foreigner who has no right in the first place to engage in small-scale mining and punish those who have the right to. We need social justice as a country. People should not be discriminated against based on their colour,” he added.

Inusah Fuseini who is also the Ranking Member on Parliament's Constitutional, Legal and Parliamentary Affairs Committee indicated that it is within the power of a President of the republic to grant amnesty when he deems fit.

He added that John Mahama seeks to pardon the ‘lawbreakers’ and put in place measures to regulate operations of small-scale miners.

“It is within the prerogative powers of the president to forgive persons who have been incarcerated for breaking the law. These people should know that there is somebody who cares for them. This is not to spite the NPP, the problem we have with small scale mining is how to regulate it for the benefit of Ghanaians. We have come to the conclusion that we cannot continue to prohibit Ghaninas from doing so,” he added.