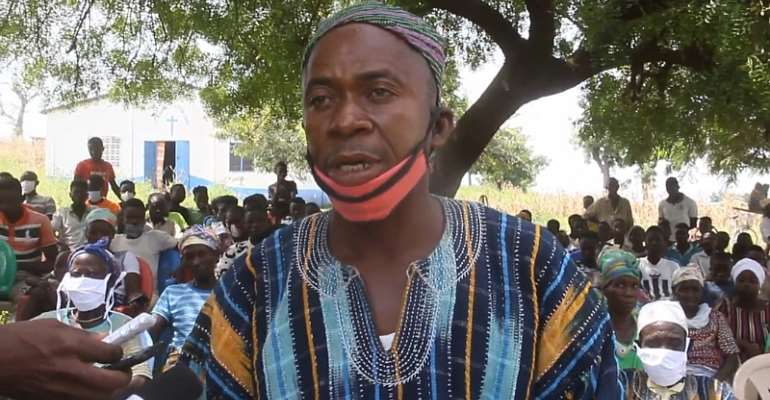 The Chiefs and people of five communities in the Binduri District of the Upper East Region have vowed to keep their vote to themselves on election day, December 7.

The angry youth said the unavailability of electricity, poor road network and refusal to enrol Ziako Noryini primary school onto the school feeding program are reasons they will not vote.

They have served notice they will resist any form of political campaigns and elections in their jurisdiction until their communities are connected to the electricity grid.

At a press conference in Ziako, the President of Amaalteng Youth, Rev. Elisha Osman noted that the road network in the communities are in a very deplorable state and needs urgent attention.

According to him, the road network from Zawse, Yarigungu and Gentiiga were awarded on contract since 2018 and yet nothing is ongoing.

He added that three days after the contract was awarded the engineer stormed the site and demarcated the road which has diverted it from its earlier approved direction. "And since then the contractor has abandoned the contract."

Rev. Elisha Osman said the road network has been endangering the life of students and the residents during the raining season which created deep holes.

The group also mentioned that the Zaiko Noryini primary school is one of the oldest schools in the area but has since not been enrolled onto the school feeding program.

According to the group, lack of school feeding program has reduced school enrollment from 700 to 61 in the school.

He stressed that many attempts have been made to the DCE and GES of Binduri District Education office but fell on deaf ears.

She said poor road network and lack of electricity in the facility is affecting her service delivery.

"There are certain materials you need light to work with if there is an emergency case, and referring patience from Zaiko community to the district is always a problem for them."

According to Mr Moses, it had rained heavily and the pupil wanted to cross over to school but got drowned.

He added through the help of farmers, the pupil has rescued on time.

According to him, promises by successive governments to provide them with electricity and good roads over the years have not yielded any fruit.

The youth say if they don’t see any move to connect them to the national grid, political parties should not campaign in their area.