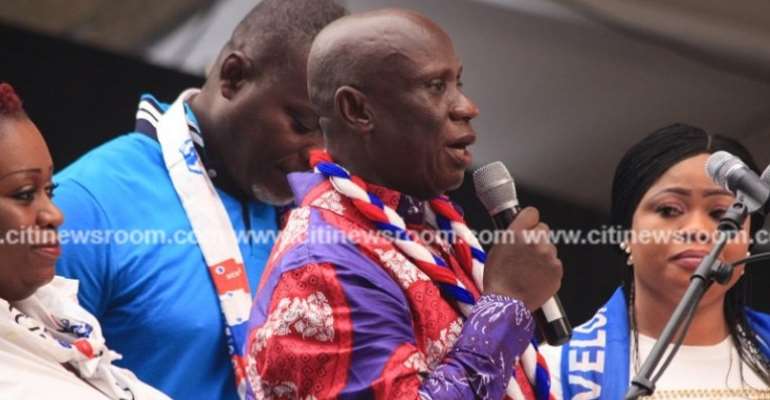 The Deputy General Secretary of the ruling New Patriotic Party, Nana Obiri Boahen has said the fight against small scale illegal mining, also known as galamsey, under the Akufo-Addo government has not been lost.

Speaking on Eyewitness News, Mr. Boahen stated that, the NPP has recorded a lot of successes in the fight against the menace.

Stating some of the successes in the fight, Obiri Boahen said some persons who were engaged in illegal mining have been arrested and have been “arraigned before court. While some are still facing trial, some have been convicted and some have had their machines confiscated.”

“Recently you see from the papers that attempts are being made to auction some of these excavators. So I am stating categorically that it is unfair to say that NPP has failed at this point in its fight against galamsey,” he added.

Obiri Boahen made the remarks on the back of criticisms from former President John Mahama who accused government of failing in the fight against galamsey.

Mr. Mahama expressed concerns about why a Chinese national was freed while Ghanaians are imprisoned for the same mining offence. Mahama has thus promised to grant amnesty to Ghanaians currently behind bars for mining offences.

According to Obiri Boahen, such comments from the former President are unguided and a desperate attempt to lure Ghanaians to vote for him on December 7.

“I beg to differ. I am stating unreservedly that the NPP has chalked monumental successes as far as the fight against galamsey is concerned,” he aruged.

Meanwhile, A former Member of Parliament (MP) for the Bantama constituency and the Executive Director of the Environmental Protection Agency (EPA), Henry Kokofu has called on John Mahama to stop politicizing galamsey issues in the country.

The EPA Executive Director insisted that the activities of illegal miners heightened during the former President's tenure.

“I don't understand the basis for the hypocrisy about the galamsey fight from NDC because it was under their tenure that the activities of galamsey heightened in this country; from 2011, 2012, up to 2014 and leading to 2016.”

Ghana running into unsustainable debt levels topping 80% of ...
39 minutes ago