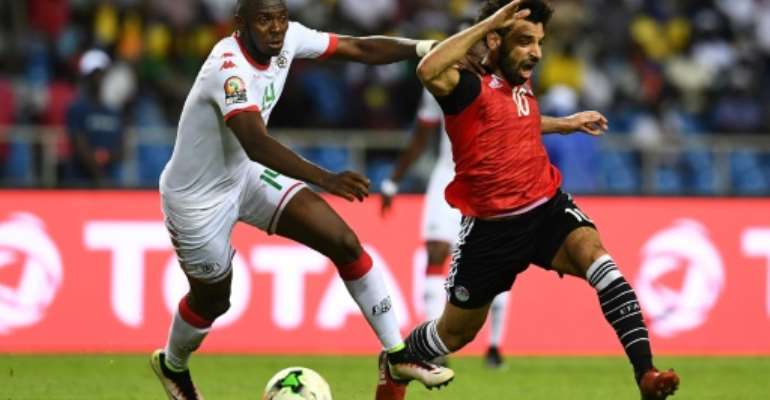 Pyramids FC of Egypt are called the 'Manchester City' of Africa because they share with the English Premier League club the benefits of huge investment from the Middle East.

Formed in 2008 as Al Assiouty Sport, the club made no impact until Saudi Turki al Sheikh took over, changed the name to Pyramids and splashed millions of dollars signing stars and coaches.

When Emirati Salim al Shamsi succeeded Al Sheikh he followed a similar pattern with the goal of challenging domestic giants Al Ahly and Zamalek and becoming a force in Africa.

They entered the CAF Confederation Cup for the first time this season and will complete a fairytale Sunday if they defeat Moroccan outfit Renaissance Berkane, known as the Orange Boys, in the final in Rabat.

Here, AFP Sport spotlights five things to know ahead of the title decider in the African equivalent of the UEFA Europa League.

This advantage to Berkane will be considerably diluted because the title decider takes place behind closed doors due to the coronavirus pandemic.

It is a big blow as ordinarily Renaissance would have been backed by a predominantly Moroccan crowd in the 50,000-capacity Prince Moulay Abdellah Stadium in the capital of the kingdom.

Berkane qualified for the final by overcoming fellow Moroccans Hassania Agadir at the final venue while Pyramids beat Horoya of Guinea 92 kilometres (57 miles) down the Atlantic coast in Casablanca.

Mohamed Aziz of Berkane and Abdallah el Said of Pyramids are both 35-year-old midfielders with the Moroccan operating on the left flank and the Egyptian centrally.

Aziz converted two penalties to take his club past Hassania and is the leading scorer in the Confederation Cup campaign with six, one more than forward Hamdi Laachir.

El Said spent seven years with Ismaily, a similar period at Al Ahly, and a loan spell with KuPS in Finland before joining Pyramids two years ago.

Sektioui, 43, played at home, in Europe and the Middle East as a winger, and Berkane are the fourth Moroccan club he has led.

Former Croatia manager Cacic, 67, took over at Pyramids last year, which was his second assignment in Africa having previously assisted compatriot Ilija Loncarevic when he was in charge of Libya.

Berkane have a distinct edge over Pyramids in continental experience as this is their fourth appearance in the Confederation Cup compared with the first of the Cairo outfit.

After a preliminary round exit as debutants five years ago, Berkane reached the final last season and took African giants Zamalek of Egypt to a penalty shootout before losing.

While Pyramids are newcomers, several first-team regulars like El Said and centre-back Ali Gabr have previous CAF experience with other Egyptian clubs.

Sektioui and Cacic rely largely on local talent with only one non-Moroccan -- centre-back Issoufou Dayo from Burkina Faso -- in the Berkane semi-final starting line-up.

Another Burkinabe, forward Alain Traore, came off the bench against Hassania and bagged four of the 27 goals Berkane netted en route to the final.