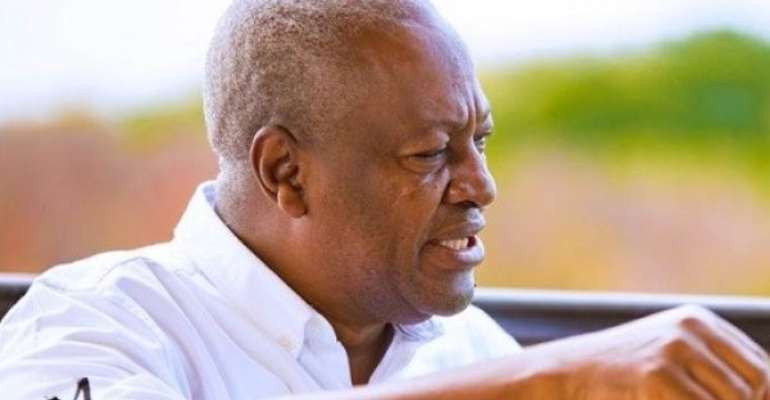 Former President Mr John Dramani Mahama has taken the NDC People's manifesto to New Takoradi calling on them to vote for the party to complete all the abandoned projects they initiated.

He said the people's Manifesto had all-inclusive Programmes and policies which would address the hardships of Ghanaians.

Mr Mahama was addressing the residents of New Takoradi as part of his five-day tour of the Western Region.

The former President reiterated that the next NDC was going to aggressively implement the free primary health care services, create one million jobs for the teeming unemployed youth end the double track system within one year in office and ensure technical vocational training for the youth.

He said the next NDC government would particularly take care of the needs of the youth especially in job creation and decent employment for them.

Mr Mahama in this regard urged the youth to vote for the NDC to enable the party execute its manifesto.

He informed them that the position of the NDC on the ballot paper was number two and that they should go out in their numbers and vote for the NDC in both the presidential and parliamentary election.