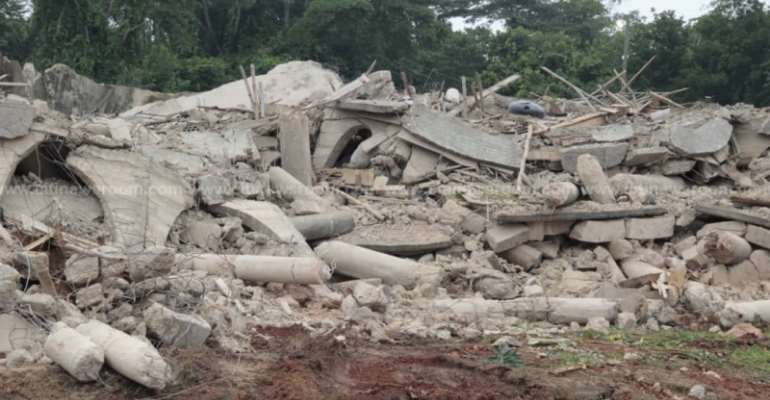 Rescue efforts to retrieve victims following the collapse of a church building at Akyem Batabi in the Asene Manso Akroso District of the Eastern Region have ended.

The National Disaster Management Organisation (NADMO) which was leading the rescue mission ended the operation on Friday, October 23, 2020.

Rescuers recovered 22 dead bodies including that of a baby girl.

Of the dead persons, 12 were female and 10 were males.

Eight survivors were saved during the earlier stages of rescue efforts.

The three-storey building which served as a structure for the Church of Prosperity collapsed around 2 pm on Tuesday, October 20, 2020.

After some four days searching for survivors, NADMO halted the use of machines.

The Ghana Air Force provided the sniffer dogs during the early hours of Friday to check for possible bodies covered by the debris.

There were conflicting reports about the number of persons who were in the building before it went down.

Ghana running into unsustainable debt levels topping 80% of ...
37 minutes ago