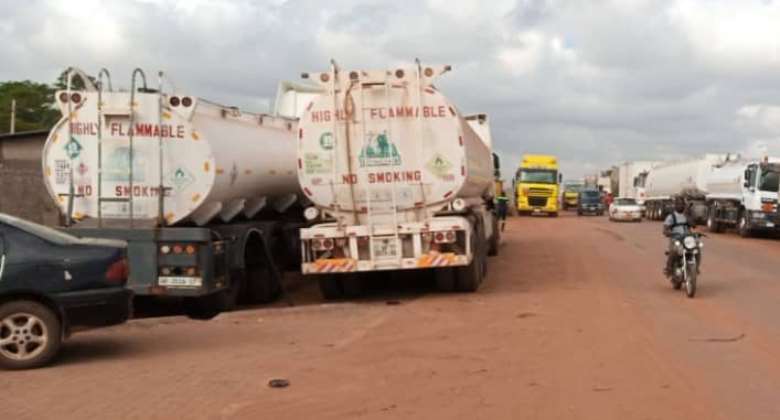 The Petroleum tanker drivers have called off their strike.

According to leaders of the union, they decided to call off the strike because the NPA has met two out of the five points raised in their petition to the President.

Speaking to Citi News, the Vice Chairman of the group, Sunday Alabi stated that, NPA had begun to take action on their issues.

“Our bullet points are five but the presidency directed the Ministry [of Energy] to have a meeting with all the stakeholders which we did 3 days ago in the evening. So they agreed to adhere to what we are calling for but the fifth one we have dropped it which leaves four. So yesterday, NPA wrote a letter to the IGP of police on the issue of police harassments because they instructed the police to do what they are doing.”

“This morning, we had a letter on another issue, the transit laws, written to all the stakeholders that it must work. So the salary and the gas stations, they promised that we will have them resume operations before Wednesday, so we should go to work. Because we have two out of five, we have decided to go to work,” he added.

Members of the National Petroleum Tanker Drivers Union laid down their tools on Thursday.

The tanker drivers held a press conference on Monday, October 19, 2020, to among other things complain about police harassment at checkpoints and NPA's lack of adherence to a 2017 memorandum of understanding signed by stakeholders on condition of service for tanker drivers and their mates.

Chairman of the Drivers Union, George Nyaunu noted that although drivers are ready to work, the Union needs a written document from the NPA to show its commitment to the concerns raised by the drivers' union.