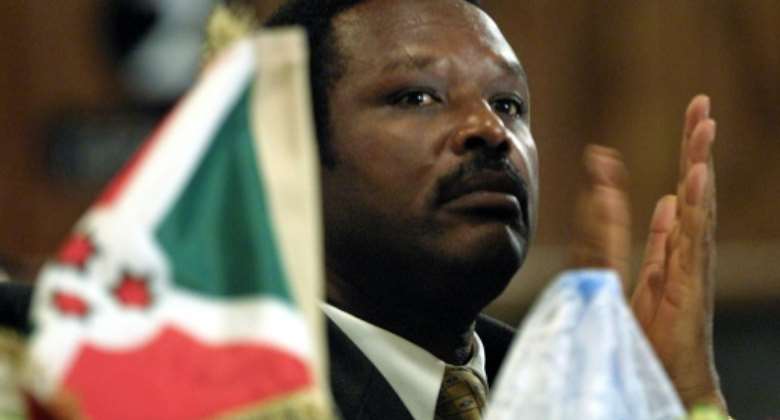 Burundi's former president Pierre Buyoya said Friday he would appeal a life sentence against him over the 1993 assassination of his successor, which he denounced as politically motivated.

Buyoya, currently the African Union's representative for Mali and the Sahel, was convicted in absentia on Monday for "an attack against the head of state" over his role in the death of president Melchior Ndadaye.

About 20 military officials and civilians were also given sentences ranging from 20 years to life imprisonment by Burundi's Supreme Court.

"This is a political trial conducted in a scandalous manner, in violation of all the rules of law," Buyoya said at a press conference in Bamako.

Buyoya said he would not return to Burundi to appeal the conviction, which he said would be "tantamount to suicide", but that he would "fight to be represented when it comes to the trial that is taking place in the country".

He added that he would discuss the possibility of suspending his duties as AU special envoy to Mali and the Sahel after the ruling.

Buyoya, an ethnic Tutsi, first came to power in Burundi in a coup in 1987.

He stepped down in 1993 in the country's first democratic elections in which Ndadaye, a Hutu, beat him resoundingly.

His murder plunged the East African nation into years of civil war between the majority Hutus and minority Tutsis.

The section of Monday's ruling seen by AFP does not give details on evidence given against Buyoya, nor his alleged role in the killing.

Buyoya has said his defence lawyers were blocked from accessing case files.

He also argued that the courts had already convicted the officers who killed Ndadaye. In 1998 a dozen low-ranking soldiers were convicted of the murder.