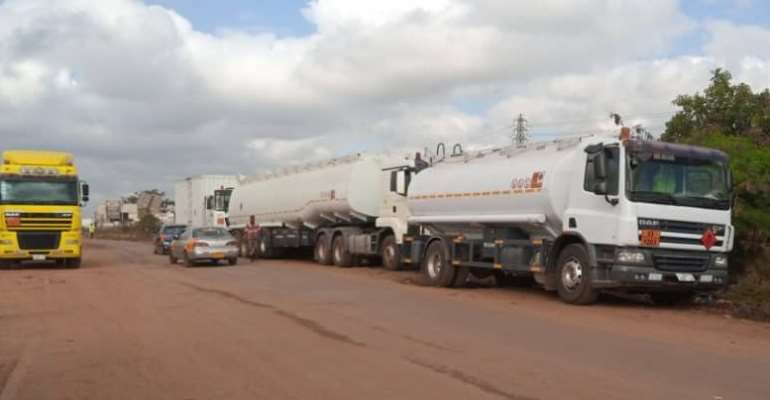 According to him, the chairman went missing at 5 pm yesterday, Thursday, October 22, 2020.

The Vice Chairman claims there have been threats on the life of the Union chair but added that it's too early to suggest foul play.

Mr. Alabi in a Citi News interview said a team has been dispatched to the chairman’s house to inform the group on the next line of action.

“So as we speak, from yesterday evening around 5 pm till now, our chairman's phone has been off, We checked up from his home and his wife said he left home in the morning [of Thursday] and hasn't returned.”

“So we called this morning to check up but his phone is still off, and he still not yet home. We don't want to prejudge now until we are sure of a foul-play before we speak,” Mr. Alabi said.

About the sit-down strike

Members of the National Petroleum Tanker Drivers Union embarked on a sit-down strike on Thursday, October 22, 2020.

According to the Union, the National Petroleum Authority (NPA) has failed to address their concerns.

The fuel tanker drivers held a press conference on Monday, October 19, 2020, to complain about some issues affecting them and demanded the government's intervention.

They among other things complained about police harassment at checkpoints and NPA's lack of adherence to a 2017 memorandum of understanding signed by stakeholders on condition of service for tanker drivers and their mates.

They also complained about the non-compliance of transit losses and the refusal of the depot operators to abide by the 20 degrees Celsius loading temperature requirement.