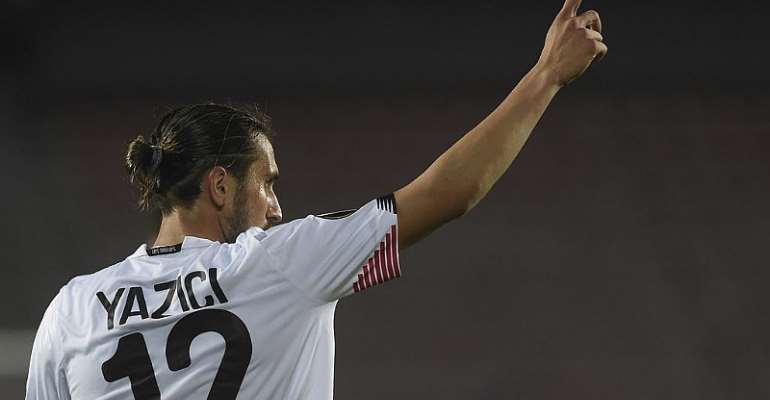 For French clubs, it was a tale of two cities in the opening round of games in the group stages of the Europa League. Lille, who top France's Ligue 1, travelled to Sparta Prague and won 4-1 while Nice were hammered 6-2 at Bayer Leverkusen.

Three of the Lille goals came from midfielder Yusuf Yazici. Jonathan Ikoné was the other Lille scorer, with Borek Dockal saving Sparta Prague from a whitewash.

Lille were the sharper side even before the hosts were reduced to 10 men following the 23rd minute dismissal of Ladislav Krejci.

Lille top Group H ahead of AC Milan who travelled to Scotland and beat Glasgow Celtic 3-1.

The next outing for the Ligue 1 pacesetters is a clash against Nice on Sunday.

Not so nice for Nice

Patrick Vieira's men will be looking to make amends for an abject performance at the BayArena on Thursday night.

They were 2-0 down within 16 minutes before Amine Gouiri halved the deficit after half an hour.

But any hopes of a comeback were obliterated as Leverkusen fired four past Nice goalkeeper Walter Benitez in a 26-minute second-half spree to make it 6-1.

Alexis Claude struck a stoppage-time consolation for the visitors.

"It's up to us to look at what we did wrong and correct it for Sunday's match against Lille," said Nice midfielder Pierre Lees-Melou. "We also have to focus on the things that we did well."