Why Sudan’s interests lie in U.S. delisting and normalization with Israel 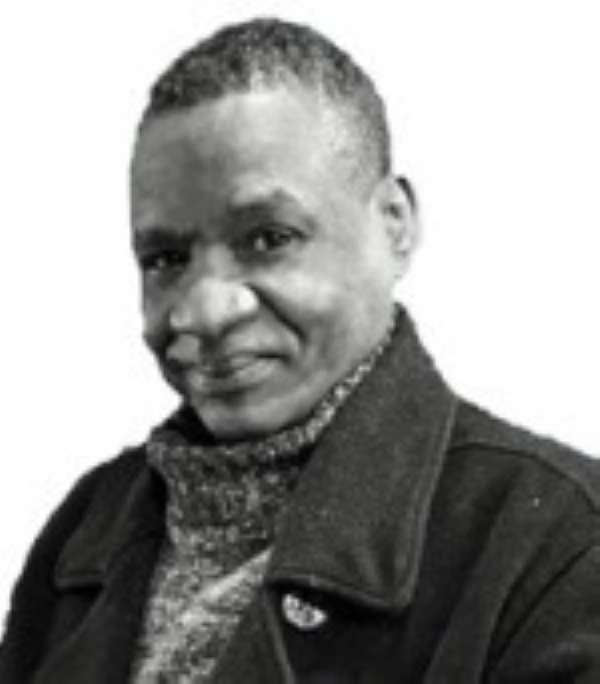 How will the de-linking of the American process for removing Sudan from the State Sponsor of Terror (SST) list from its process of normalizing relations with Israel diminish the chances of a golden opportunity for Sudan?

First: Sudan’s delisting is linked to other strategic issues

From the look of things, the strategy of dealing with the issue of "delisting" Sudan from the US’s SST list is not determined by the rationalities of political pragmatism, but rather has been subjected (as is the case of many other strategic issues in Sudan) to the moods of the Sudanese political forces and their unfounded disagreements, conflict, strife, quarrels, discord, dissension diverging views, enmity, internal fights, and petty squabbles.

This irrational and unpragmatic thinking is what will hinder the catching of the prevailing opportunity and prevent taking advantage that leads to the removal from the list at the lowest cost. This position turns the prevailing golden chance into a lost opportunity.

Second: Under what circumstances was Israel’s role factored in?

The story of Sudan being listed as a state sponsor of terrorism goes back to 1993, when relations worsened between the government of the United States, under the administration of President George W. Bush, and the government of Sudan, under the ruling National Islamic Front (NIF), which later stage turned to National Congress Party (NCP). The US added Sudan to its SST list as the NIF regime was caught red-handed in crimes of supporting terrorist activities and organizations, including the Palestinian Islamist organization, Hamas, the Al-Qaeda organization of Osama bin Laden (who at one point operated from Sudan), and individuals like Carlos the Jackal.

The pain of the bite of adding Sudan to the SST list increased when the US further tightened the screws on Sudan by adding economic sanctions against Sudan at later stages, including those sanctions driven by the war crimes committed in Darfur.

While much water has passed under the bridge since the NCP regime began exerting efforts to remove itself from the list, but because those efforts were conducted clandestinely and in secret, the Sudanese people did not have any credible information regarding those moves. The little bits of information that leaked out (either in the foreign media or as "hearsay"), however, dominated the talk of the town and always indicated that the NCP regime had resorted surreptitiously to the help of the Israeli government to advocate the Americans to lift economic sanctions and normalize full diplomatic relations with the US. The concern of delisting always topped the discussions.

Third: What is totally new in today’s scheme of arrangements regarding Israeli presence in the trilateral discussions on removing Sudan from the SST list is the new dimension of openly tabling the possibility of the U.S. normalizing relations with Israel and the possible financial reward package inserted for Sudan.

Fourth: The debate over linkage, timing, and mandate.

Since the demise of the NCP regime and the change in the political situation in Sudan, many pro-democracy forces and the general public have believed, hoped, and thought that the US should remove Sudan from the SST list. Their arguments are based on the fact that the reasons behind the listing have disappeared and that the rule of the Islamist regime that caused the crisis is over. The Sudanese Prime Minister Dr Abdallah Hamdok placed the issue on his government’s top priority and led a highly visible diplomatic advocacy campaign by repeatedly raising the matter before the government of the United States, as well as in international forums, including before the United Nations, the European Union and the African Union.

On the other hand, the head of the Sovereign Council General Burhan (who holds the opinion of the military component in the Sovereign Council) made a surprise move by meeting with the Israeli Prime Minister Benjamin Netanyahu in Kampala, Uganda, under the auspices and moderation of the Ugandan president. Burhan’s move, though not leaving any clear signal indicating that the government was split into two opposing camps, created a great deal of confusion and doubt and led the Sudanese public, the media, and the world to question the level of harmony within the government’s sovereign and executive ranks. However, the recent Abu Dhabi talks in the United Arab Emirates (UAE) on this issue have clearly brought together all issues and tried to tighten the linkage among the delisting, the normalization with Israel, and the financial assistance together in one matrix.

This tight connection between delisting, normalization, and financial assistance is what Sudan’s government should have worked hard to maintain.

Fifth: Sudan, the US, and Israel. Who benefits from the package?

Now, with the prevailing developments before the parties, the choices are pretty clear. The case for Sudan (unlike with the US or Israel), is closer to a situation of "either to have it all or to lose it all," especially if the time factor is taken into consideration. Time is rapidly running out as Sudan is the one in dire need for financial help, political recovery, and diplomatic support. As such, Sudan should evaluate and assess the situation in a more reflective, critical, and pragmatic way that is based on a cost-benefit analysis and realistic calculations.

By the mere fact that the US is in the eve of elections, the Trump administration, just like any other administration, should have obvious and vested interests in gearing every diplomatic success for electoral purposes. However, how the US wants to benefit from the deal is not Sudan’s real concern. Rather, Sudan’s overriding concern should be on how to turn the US’s needs to serve Sudan’s urgent purposes. The US’s political need is also an opportunity for Sudan’s government—it is a matter of give and take, and it is not a zero-sum game.

As for Israel, it certainly will be the only party that can stand and bear any consequences that may arise as a result of any delaying of time regarding the process. It is not stepping on the fire, so it is in no rush.

As General Al-Burhan enjoys more free reign, relative to the prime minister, in supporting the deal, the gaps within Sudan’s government will likely grow wider as a result of the reluctance displayed by the civilian government and rejection from the side of its political incubator, the Forces for Freedom and Change (FFC). The behaviour of the FFC will certainly narrow the opportunities and diminish the margin of political manoeuvring of the Prime Minister. This obstructive attitude will have a reverse outcome.

The key elements within the FFC are all pulling back. Strangely, they are doing so for tactical gains and not for strategic reasons.

The justification presented by the FFC—and used by the government—not to have established relations with Israel is based on the argument that the transitional administration has no mandate to take such decision. This justification is, to say the least, flimsy, illogical, unconvincing, and cannot stand on its own two feet.

The government needs to recognize the prevailing new political dispensation as an opportunity that can serve Sudan broader interests. The best way forward for the Sudan government is to look at the matter from the angle of how the package benefits her. It should not look at the situation from the angle of fear that other parties’ benefit will be at its own expense. Otherwise, the opportunity could be lost and may not appear again.

What the FFC does not consider is the fact that the consequences of losing this opportunity are not only limited in delaying the delisting process but also include losing access to financial support and creating possible frictions within the government. All that can be at the expense of the government’s harmony, its efficiency, and the effectiveness of its performance.

The truth of the matter is that the transitional government has the mandate, full authority, and powers to enact the best policies that ensure the interests of the country, including how to orchestrate options that reform Sudan’s foreign relations. This is especially critical to recognize because an opportunity like the currently prevailing one may not occur again and could become a lost golden opportunity.

It is my considered view that, neither in terms of timing nor mandate, there will not be a more ideal situation on the horizon for Sudan on this matter than the current dispensation.

It will be unreasonable for Sudan to lose this historical opportunity that is at hand. It is high time not to behave more royal than the king himself.