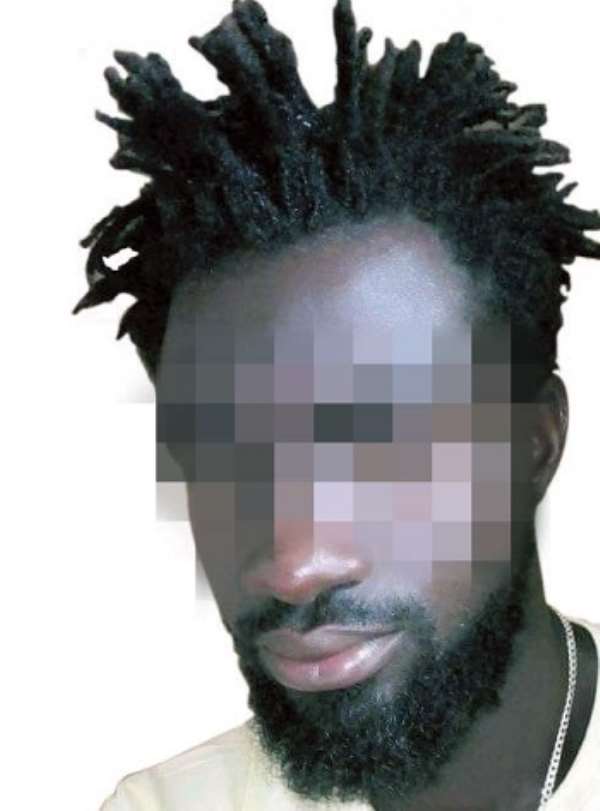 Another person suspected to be involved in the gruesome killing of Ekow Kwansah Hayford, the New Patriotic Party (NPP) MP for Mfantseman in the Central Region, has been nabbed by the police.

This brings to seven the number of the all-male suspects rounded up by the police since the high-profile murder in the Central Region two weeks ago.

The latest arrest reportedly took place in Kumasi on Wednesday after a hot pursuit, and there were already signals that he could be the ringleader.

The killing occurred on the Abeadze-Dominase-Duadzi-Mankessim road on the night of Thursday, October 9, 2020, while the MP was returning from a campaign programme after filing his nomination to seek re-election hours earlier.

So far, four suspects connected to the case have been arrested in Kumasi in the Ashanti Region while the other three suspects were picked up in different locations in the Central Region where the crime was committed.

The first suspect was tracked through the MP's mobile phone to a hotel in Kumasi before the swoop on the rest was carried out.

On Wednesday the six earlier arrested in connection with the gruesome murder were remanded into police custody by an Accra circuit court.

They have been accused of robbing the MP and his campaign team at gunpoint and killing him in the process.

The suspects include a phone repairer, Alhassan Abubakar, alias Abu Fulani; a businessman, Naziru Fadilu, aka SP; Alhassan Mahama Yahaya, aka Mystical Cloud, who is unemployed; a mobile money agent, AmaduYakubu; a trader by name Haruna Osman; Adam Alhassan, a scrap dealer; and another suspect only identified as Mohamed, who is currently at large.

They all pleaded not guilty to two counts of conspiracy and robbery.

The court, presided over by Evelyn Asamoah, refused them bail on grounds of the facts of the case, the nature of the matter, and the fact that the police were still investigating the matter.

She remanded the accused persons into police custody to reappear on October 30, 2020.

The brief facts of the case as presented by Chief Inspector Frimpong were that on October 9, 2020 at about 1:00am, police had information that armed robbers had barricaded a section of the road between Abeaze-Dominase and Duadze on the Mankesim-Assin Fosu highway, robbing commuters of their mobile phones, money and other valuables.

He said on receipt of the information, police quickly mobilized and proceeded to the scene but narrowly missed the robbers.

He told the court that at the scene, the police saw a number of vehicles parked on the road, with some of the victims who had sustained various degrees of gunshot wounds with one dead.

“The body was later identified as the MP for Mfantseman Constituency, Ekow Quansah Hayford. Two of the victims were seriously injured. One Patrick Asante, a Kia truck driver and Uncle Issah, the late MP's driver,” the court heard.

The prosecutor continued that police cleared the road to traffic and conveyed the victims to Winneba and Cape Coast hospitals for medical attention while the body of the slain MP was deposited at the Saltpond mortuary pending autopsy.

He said investigations revealed that the late MP filed his nomination form on the October 8, 2020 for re-election and decided to visit four communities in the Taabosom Electoral Area, namely Effutakwa, Opim, Takoradi and Duadze.

After visiting the communities with his campaign team which included Yaw Berchie, Nuako also called Frederick, Wofa Yaw, Stephen Atteh Allan, Frank Asiedu alias Okokroko, Emmanuel W. Bandoo and Uncle Issah, the driver, they were returning to Mankessim when at about 1:00am, they met a gang of armed robbers who had blocked the road between Abeaze-Dominase and Duadze and were robbing motorists of their money and valuables.

The MP arrived with his campaign team on board a Mitsuibitsi pick-up branded in NPP colours.

Chief Inspector Frimpong continued that the robbers immediately fired gunshots into the vehicle, puncturing the tyres as the vehicle landed in a ditch.

He said, “The robbers surrounded them and demanded for all their valuables. The robbers pointed a gun at Stephen Allan and asked whether he was the MP, he said no. The MP himself owned up so they pounced on him and collected his Samsung Galaxy 850 mobile phone and demanded money. The late MP told the robbers that he had used up all his money as he was returning from campaign tour. He, therefore, pleaded with them to take him to his house to give them money but they refused and shot him killing him instantly.”

He said Naziru mentioned Alhassan Abubakar as the person who sold the phone to him at GH¢780.

He stated that Naziru led the police to Akwatia Line where Abubakar was also arrested.

He said Abubakar also named Mohammed, who was on the run, as the one who sold the phone to him at GH¢680.

He said the other three were all arrested in connection with the robbery and murder of the late MP.

Chief Inspector Frimpong added that efforts were being made to arrest Mohammed and the remaining suspects who were on the run.

Anti-LGBTQI+bill not to engender hatred for persons, meant t...
10 minutes ago

JB’s two phones tendered in as evidence
10 minutes ago