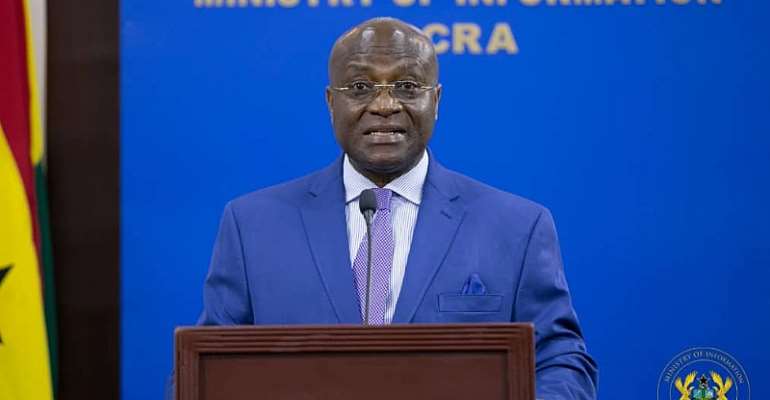 A proposed law that will give the government the power to establish a petroleum and petrochemical base in Ghana to ensure value-addition to the country's petroleum resources and job creation has passed its final hurdle in Parliament.

The Petroleum Hub Development Corporation Bill 2020, which passed through the House by a unanimous voice vote, would now go to the President for assent.

The government said the legislation would provide the legal framework for the establishment of the petrochemical base projected to “contribute enormously to the economic growth of the country through value addition to the country's petroleum resources and job creation.”

Majority Leader and Minister of Parliamentary Affairs, Osei Kyei-Mensah-Bonsu, on behalf of the Minister of Energy, moved the motion for the third reading of the bill which was seconded by the Minority Leader, Haruna Iddrisu.

The government indicated that the establishment of the petrochemical base would cost $60 billion and that government was expected to contribute $6 billion, representing 10 per cent.

It intends to leverage on private capital to finance the remaining 90 per cent funding requirements.

He said, “The contribution of government will be targeted at providing the initial basic infrastructure including land acquisition, payment of compensation, construction of road and railway networks and extension of social amenities such as water and electricity, to the area.”

Chairman of the Mines and Energy Committee, Emmanuel Akwasi Gyamfi, said the hub, for instance, would earn Ghana about $1.56 billion in export tax, and 130 per cent increase in GDP through injection of $60 billion into the country's economy by the year 2030.

“In addition, it will also provide the country with LNG facilities for power production and drive the growth of various industries including petrochemicals. This is expected to create 780,000 direct and indirect jobs in the country.

“Tax receipts from the downstream value chain operations will boost government's revenue to undertake development interventions. The hub also comes with basic social amenities such as schools, health facilities and leisure parks which are expected to improve the social wellbeing of the people,” Mr. Gyamfi, who is also the MP for Odotobiri, reported.

As outlined in the 2019 Budget and Policy Statement of Government, the ministry sought and was granted approval by Cabinet on its 48th Sitting on February 1-4, 2019 to establish a petroleum and petrochemical hub in the Western Region.

The project involves the development of infrastructure such as refineries, port terminal facilities, storage facilities as well as petrochemical and liquefied natural gas (LNG) terminals with a network of pipelines sufficient enough to supply petroleum and petrochemical products to meet the domestic and West African sub-regional markets.

The establishment of a Development Corporation is therefore necessary to, among other things, coordinate and manage activities of the hub.