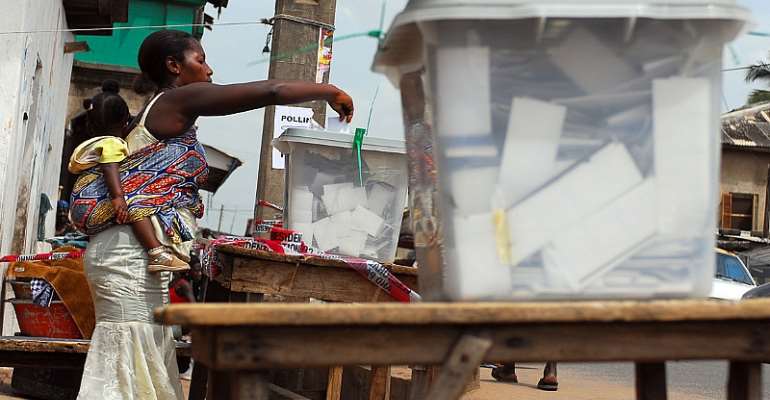 The Electoral Commission has registered nearly 17 million Ghanaians to vote in the upcoming December 7th presidential and parliamentary elections. More females were registered as voters ( 52.46%) than males (47.54%).

Table 1.2 below presents details of the 47 constituencies in the Ashanti Region by the number of Registered Voters, National Ranking and Quintile Category.

To preserve internal consistency, the analysis will be based on Table 1.2 with its total electorate of 2,986,810 instead of the 3,013,856 resulting from the last-minute mopping-up operation yet to be reflected in the distributional process of the constituencies. Moreover, this procedure will simultaneously maintain the impact of the analysis. From the Table, there are 12 constituencies in the first quintile, 12 in the second quintile, 8 in the third quintile, 7 in the fourth quintile and 8 in the fifth quintile.

Even though Ashanti recorded the second highest number of registered voters, what is unique about Ashanti is a near population homogeneity united under a single King.
The impact of ethnicity and voting behavior is well documented in the literature. In Ghana, intellectuals such as Gyimah-Boadi, Zounmenou, and Adjei have written extensively on ethnic block voting among people of Ashanti and Volta. The voting pattern in previous elections from 1992 to 2016 attest to this fact.

Among the prominent ones are a). equitable distribution of resources, b). perceived impact of present government policies on the livelihood of citizens, c). citizen assessment of the performance of the government, and d). alignment with those appointed to high offices within the government.

The Electoral Commission data shows the total registered voters of 3,013,856, represents 17.8 percent of the total electorate in the country and a substantial distance from the majority threshold of over 50 percent to win a presidential election. Without support from the other regions, no single ethnic group in the country can muster political power. This calls for the need to place premium in educating people towards the building of a national identity over parochial ethnic identities. This is more likely to lead to unity among all groups in the country and likely to ensure lasting stability and national cohesion.