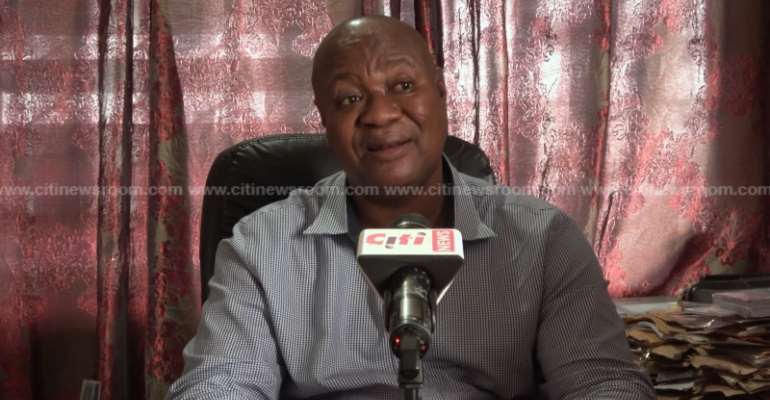 The ruling New Patriotic Party (NPP) in the Ashanti Region says it is not threatened by the emergence of independent candidates springing out of the party.

There are currently six disgruntled party members who have filed to contest the parliamentary elections as independent candidates in the region.

The six who have filed so far include the incumbent NPP Member of Parliament for Fomena, Andrew Amoako Asiamah, who withdrew from the party’s primaries and reportedly accused the regional and the constituency chairmen of sabotage.

While these candidates are confident of winning, the NPP believes the occurrences will not affect the party in any way.

According to the Ashanti Regional Secretary of the NPP, Sam Pyne, although the independent candidates can split votes, they will not win in any of the constituencies they are contesting in. He warns that unlike in the case of the current first deputy speaker of parliament, Joseph Osei-Owusu who was granted amnesty to rejoin the party, the six identified persons will not be granted such favours.

The party is on record to have approached all the aggrieved members to rescind their decision but the named six did not bulge.

President Akufo-Addo and Vice President Dr. Mahamudu Bawumiah have on separate occasions mounted political platforms to urge party supporters to massively vote against the independent candidates who have broken ranks with the party.

One person, who has been making the headlines for contesting as an independent candidate, is the NPP Member of Parliament for Fomena, Andrew Amoako Asiamah.

“Respected personalities within this area- chiefs, queen mothers, pastors and those who matter in this Fomena community have been urging me to go ahead and contest. They have been asking me not to stop contesting because of the actions of one person (the NPP Constituency Chairman for Formena). They have been calling on me to leave the party for the party chairman if he wants me to leave, I will leave. I will however not abandon my ambition.”

The party has subsequently disowned him and followed up with a letter to Parliament requesting his dismissal from the house.

But in a defiant manner, he says the happenings will not prevent him from following through with his plans.

Meanwhile, a political science lecturer at the Kwame Nkrumah University of Science and Technology, Dr. Akwasi Amakye Boateng thinks the renegade members will not affect votes of the NPP in the Ashanti Region.

“The party-the president, Nana Akufo-Addo himself and the vice president have been to the Ashanti region. They have engaged the people. I am also privy to generally, efforts made by party, the Ashanti caucus in Parliament consciously working to avert the situation that happened in 2008 in the first round due to voter apathy.”

“What is happening at Bekwai is really interesting. The lawyer [Akwasi Amofa Agyemang] is in for a battle. I will bet on Joe Osei-Owusu,”. he added.

During Citi News' visit to the Asokwa constituency, for instance, it appeared the voters were divided as some showed their support for the independent candidate, Eric Osei while others were backing the incumbent, Patricia Appiagyei.

The six who have filed so far include the incumbent NPP Member of Parliament for Fomena, Andrew Amoako Asiamah, who withdrew from the party’s primaries and reportedly accused the regional and the Constituency chairmen of sabotage.

In the Asokwa constituency a former NPP Constituency Organizer, Eric Osei has filed to contest the incumbent member of parliament, Patricia Appiagyei.

In the Bekwai Constituency, Akwasi Amofa Agyemang has filed to contest the incumbent who doubles as first Deputy Speaker of Parliament, Joseph Osei Owusu.

In the Ahafo Ano North constituency, Kwabena Osei-Bonsu whom President Akufo-Addo described as intransigent has also filed as an independent candidate.

Dr. Simon Karikari is also seeking to run as an independent candidate for the Afigya Kwabre South Constituency.

At the Suame Constituency, George Prempeh who claims to be a member of the NPP has filed to contest incumbent and the majority leader of Parliament Mr. Osei Kyei-Mensah-Bonsu.