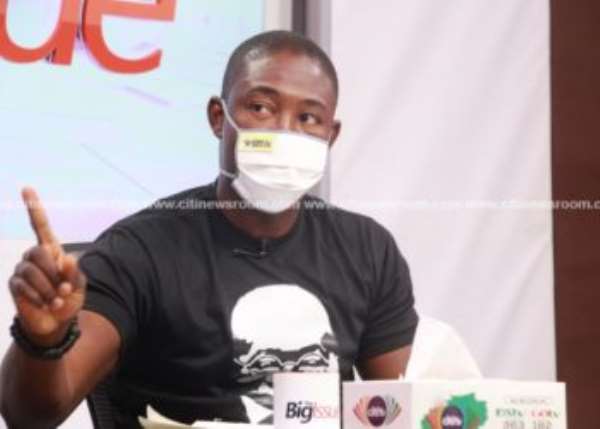 A Deputy Minister for Health, Dr Bernard Okoe Boye has defended the $150 being charged for COVID-19 test at the Kotoka International Airport (KIA).

He said this on the back of pressure from the Minority which described the fee as illegal.

The Minority in Parliament is against the $150 being charged for the 30-minute COVID-19 testing at the airport.

According to the Minority Leader, Haruna Iddrisu, the charges have not been approved by Parliament in accordance with the laws of the country.

Addressing the press in Parliament on matters related to the management of coronavirus pandemic, Haruna Iddrisu demanded transparency with regard to the utilization of COVID-19 funds.

But Dr. Okoe Boye on Eyewitness News insisted that the government did not breach the law.

“Osei Kyei-Mensah-Bonsu is the leader of the house, if he (Haruna Iddrisu) has any issues, he can raise it in Parliament for deliberations. The company that is doing the testing at the airport was contracted following due process. The Airport Company Limited contracted them. All the documents surrounding that are available. I am certain that we followed due process.”

He further gave reasons for the need of the PCR testing at the airport saying: “As a country, we have not fully grasped the disease. We know what it cost us when it entered the country. One of the main channels is through the influx of people into the country. Because we know that the biggest source of risk remains our international airports, President Akufo-Addo tasked us to come out with a means of verifying if anyone has the virus before they come into the country. And we got this solution from a solutions provider which was very quick”.

“We have rapid antibody tests that are cheaper, between $20 to $75. However, the cheaper ones are not able to point out those who are active with the virus. We deliberated with the solutions provider, who maintained the price charged now. The value of a Ghanaian is worth much more than what is being charged,” he argued.