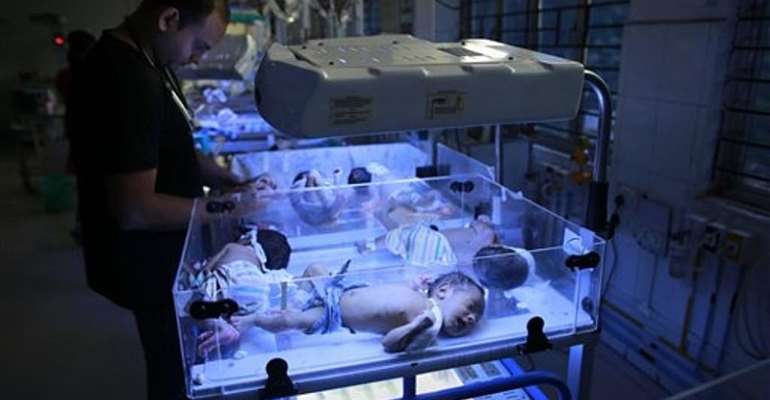 In India, over 116,000 infants died within a month after birth due to exposure to severe air pollution in 2019, according to the State of Global Air 2020 report.

For the infants, most deaths were related to complications from low birth weight and premature delivery - direct outcomes of mothers' exposure to air pollution during pregnancy.

'The State of Global Air' is a collaborative study by the US-based think tank, Health Effect Institute and Institute for Health Metrics and the Global Burden of Disease Project.

It has presented stark evidence on the situation in India and has for the first time included the effects of air pollution on the health of babies.

Nearly two-thirds of the 500,000 deaths of infants worldwide documented in 2019 were associated with indoor air pollution, particularly arising from solid fuels such as charcoal, wood, and animal dung used for cooking.

The report revealed that India recorded the largest share of global infant deaths in 2019, as much as 24 percent, because of air pollution.

More than half of the infant deaths were due to PM 2.5 (particulate matter 30 times finer than human hair that enters the bloodstream and causes severe health risks) in outdoor air and the rest were linked to household air pollution due to use of solid fuels.

“This is a deep concern. There are evidences even in India that have traced markers of air pollution exposure among pregnant women and its effects,” said  Randeep Guleria, director of All India Institute of Medical Sciences.

“Moreover, the young and the infants whose lungs and respiratory systems are not yet developed have higher chances of chronic illness, lung damage, and death.”

The report warns that if these babies survive, they continue to remain at a higher risk of infection and major chronic diseases throughout their childhood and life.

Particles and their toxic components move across membranes of the lungs and get carried to different parts of the body and affect placental function and the foetus.

Poorer women, their underlying health issues and nutrition status further influence vulnerability. Burning solid fuels for cooking accounts for 64 percent of infant deaths, while the rest are due to outdoor air pollution.

Experts have also warned that the areas with high levels of air pollution in India currently could also contribute to the severity of Covid-19 cases in the ongoing pandemic, especially for pregnant mothers.

It’s beyond debate; Akufo-Addo has completely mismanaged Gha...
9 minutes ago

My morale is down – Angry Inspector reacts to mass promotion...
13 minutes ago