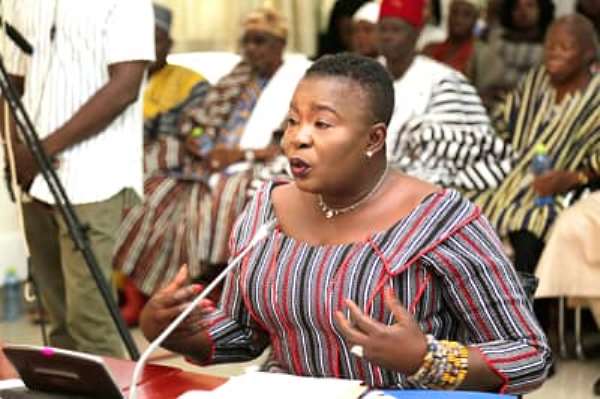 THE Upper East Regional Minister, Paulina Patience Abayage, has urged the people of Bolgatanga to always keep their environment clean and safe.

According to the minister, one of the challenges the region is facing is the issue of littering especially, water sachet.

She said the municipality is intensifying education on littering. She said this campaign is to help make residents develop the habit of putting empty water sachet rubber in their brazier or pocket.

Hon. Abayage made these comments when the Upper East region took its turn in the ongoing nationwide evacuation of dumpsites across the country.

"Bolga is one of the cleanest regions in the country and we hope that when the treatment plant is finally completed, it will improve the sanitation situation in the region," she stated.

She said the exercise was part of the Clean Ghana Agenda and the exercise took place in areas such as the charcoal market, SDA, Dagomba Chief's House, Twin Toilet, and Bolco.

The initiative was part of an ongoing emergency national refuse evacuation exercise being undertaken by the Ministry of Sanitation and Water Resources (MSWR) to rid the country of aged dumping sites.

The Municipal Environmental Health Officer for Bolga, Mr. Borna Evans said there is a need for the municipality to intensify education on behavioural change towards the way of managing waste.

Mr. Borna said the assembly has over 1,000 waste bins placed at vantage areas to collect refuse and 42 refuse containers, yet people continue to litter the environment.

He said this year alone the municipal assembly has prosecuted 11 people on sanitation-related offenses, a situation the officer said will continue to serve as a deterrent.

"I think that in the near future, what we need to do is to employ people to manage the dumpsite," he said

He added that plans are far advanced to create an access road at the Sherigu dumpsite to stop dumping the refuse at the gate whenever the rains set in.

He called on the individuals to be responsible for their waste.