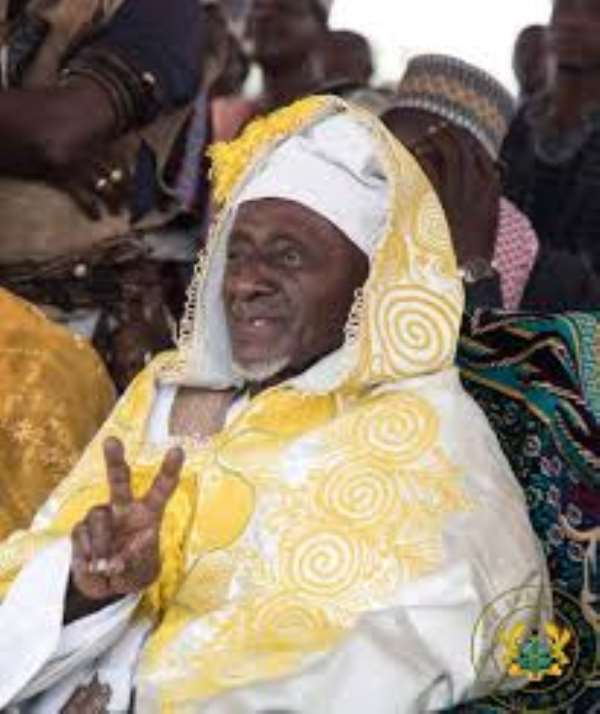 At a ceremony to confirm five nominees to the National House of Chiefs, the Overlord said it was incumbent on all chiefs to control their public utterances and avoid attacks; whilst admonishing the youth not to allow themselves to be used as stooges of self-seeking politicians to foment trouble.

According to him, the ultimate goal was for Ghana to choose a president and members of parliament in peace, harmony and in unity.

"Dear revered chiefs and members of the house, let me prompt that election 2020 is less than two months for the Republic of Ghana to conduct elections to choose a president and members of parliament to represent the entire country. Our duty as a house is to contribute our quota greatly to ensure election 2020 as free and fair electoral process.

"We can achieve this by controlling our statements to the general public, avoid politics of attack and insults and the youth should not allow any individual out of his or her parochial interest to use them as a machinery to stir up any unpleasant environment before, during and after the elections," he noted.

The King made this appeal in a speech read on his behalf by Buipewura Abdulai Mahama Jinapor II.

His Royal Majesty Yagbonwura Tutumba Boresa I, King and President of the Gonja Traditional Council was unanimously confirmed the president of the newly inaugurated Savannah Regional House of Chiefs.

The Electoral Commission confirmed the nominees at a short ceremony held at the Eco Lodge in Damongo,the Savannah Regional Capital.

There was no election as all the executives were nominated based on popular will.

His Royal Majesty Yagbonwura Tutumba Boresa I called on the house to support the newly confirmed leadership to cause a change and bring massive social, cultural, economic and traditional development to the people of the Savannah Region.

He prompted members that, in due course, various committees of the Savannah Regional House of Chiefs would be put in place entreating the house to give out their best when the time comes.

The king commended and congratulated the Inaugural Planning Committee Chairman, Kpembewura and all the committee members for demonstrating competence in the discharge of their duties.

Hitherto, traditional rulers in the Savannah Region belonged to the former Northern Regional House of Chiefs, which has been reconstituted to reflect its new status.

In all,34 members including Yagbonwura constitute the Savannah Regional House of Chiefs. Eight out of the total number are, however, co-opted members without voting rights leaving a total of 26 members with voting rights.

Bole Traditional Council, however, boycotted the meeting pending some unresolved issues they submitted to the Savannah Regional House of Chiefs for redress.