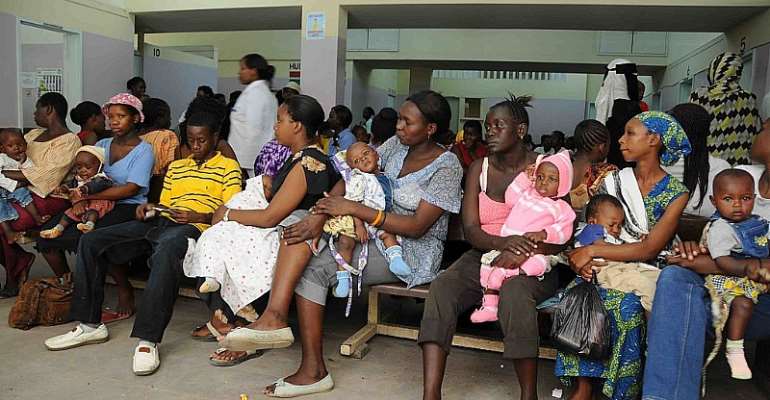 People wait for care at a Kenyan clinic. - Source: Photo by Wendy Stone/Corbis via Getty Images

Kenya has made several reforms in recent years intended to expand health service coverage to a wider population, and with a specific focus on the poor, and to reduce financial hardship due to healthcare costs.

The first of these reforms, in 2013, was the abolition of user fees at public primary healthcare facilities. The second, announced the same year, made maternity services free at all public facilities. This was upgraded in 2017 to a public funded health scheme for pregnant women and infants managed by the National Hospital Insurance Fund (NHIF).

Third was the introduction of a health insurance subsidy for the poor in 2014. Under this programme, the government fully subsidises the National Hospital Insurance Fund premiums for selected poor households with orphans and vulnerable children, elderly people, and people with severe disabilities. This enables access to outpatient and inpatient care at participating public, private for profit, and faith-based health facilities.

The evidence from low- and middle-income countries shows that the rich rather than the poor tend to benefit more from public spending on health. Kenya is no exception in spite of health financing reforms that target the poor. For example, the effective coverage of maternal and child health interventions is estimated at 62% for the wealthiest quintile and 37% for the poorest. The health insurance coverage is estimated at 39% for the richest quintile compared to 3% in the poorest.

Similarly, the incidence of catastrophic health expenditure is five times higher (10%) in the poorest quintile compared to the richest quintile (2%). Despite the poor having the highest disease burden, they have limited access to care when they need it. Barriers to care may involve individual, household, or community factors, or factors in the health system itself.

To get a better understanding of these factors in Kenya, we conducted a study to assess the experiences and perceptions of the poor with health financing reforms that target them. This we did in two counties, one urban and one rural. We interviewed people in the poorest quintile drawn from the health and demographic surveillance systems, and those from households identified by the government as poor and registered for the health insurance subsidy programme.

What we found is that the removal of user fees or full subsidisation of insurance premiums doesn't fully eliminate financial barriers. This is partly due to poor implementation of health financing policies. People still have to pay out of their pockets for some healthcare, and face numerous other access barriers.

Geographical accessibility: The location and distance to health facilities have been shown to influence the utilisation of health services. For poor people living in rural areas, long distances to health facilities were a key access barrier. This was compounded by poor road conditions which worsened during the rainy seasons, limited means of transport especially at night, and high transport costs.

For example, some facilities contracted by the national hospital insurance fund were located far from registered users of the subsidy programme. The pro-urban distribution of health facilities, especially hospitals, has also been shown to limit access to care for the poor, elderly, and people living in rural areas.

Availability of care: Overall, health financing reforms reduced financial barriers and improved access for the poor. But some health facilities suffered stock-outs of medicine and medical supplies. Sometimes medical equipment was lacking or not working. This limited the care received.

Shortage of drugs forced the poor to incur out of pocket payments. When this was not enough, they were forced into borrowing or purchasing incomplete doses or none at all. Public health facilities also suffered from healthcare worker shortages, absenteeism, and frequent strikes. During the healthcare worker strike in 2016/17, which lasted for 250 days, some people didn't even seek care.

Affordability: This was limited by the continued levying of a registration card fee at some primary health facilities. Laboratory services, injections and some other services also came at a fee. The poor also made informal payments to get treatment, skip long queues and obtain drugs that should have been provided for free.

Acceptability of care: Some of the poor reported receiving less attention and feeling discriminated against by healthcare workers because of their low socio-economic status. Some private providers also gave preference to patients who paid in cash over health insurance subsidy beneficiaries.

The absence of effective grievance redress mechanisms made the poor feel voiceless. Poverty influences people's ability to express themselves. This is evidenced by the fact that some poor people felt as if they didn't have the right to complain. This is partly because health services were provided to them at no cost. Others felt that they were at the mercy of healthcare providers because if they complained then the health workers would stop attending to them.

The overarching message is that policies that are intended to be pro-poor do not always benefit the poor. The design and implementation of such policies therefore requires a framework for monitoring that pays particular attention to who eventually benefits from these policies and identifies the barriers faced by vulnerable groups. Course correction measures during design and implementation should hence include addressing potential and actual barriers faced by vulnerable groups.