Peace in Sudan: patience is required for the long road ahead

By David E Kiwuwa - The Conversation 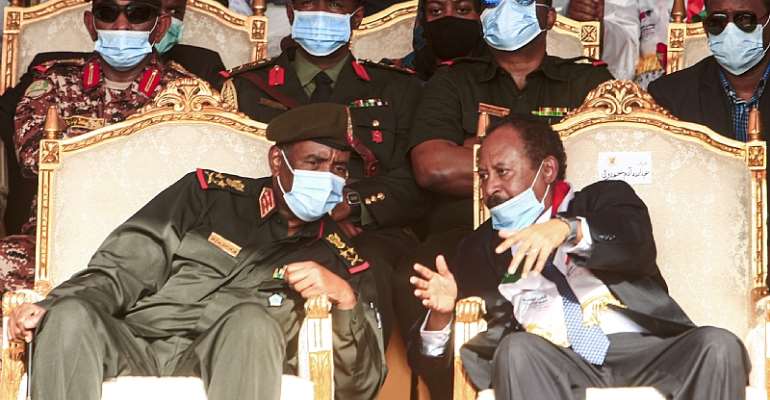 “End the wars” and “peace in our land” were the rallying cries for the protests that ultimately ousted Sudan's long-ruling strongman Omar al-Bashir in 2019. The country had been afflicted by a 40-year war with South Sudan , which resulted in South Sudan's secession.

There is still intermittent conflict in the western region, particularly in Darfur , where the Janjaweed, an Arab militia, first clashed with the region's black population in 2003. The conflict is rooted in ethno-religious and tribal divisions, economic disenfranchisement related to land, and profits from the oil industry.

The United Nations estimates that over 300,000 people died during the first Darfurian conflict, with over 2.6 million displaced.

The end of Bashir's regime provided renewed optimism that these kinds of conflict would end for good, setting Sudan on a path to peace. And now with the signing of a peace agreement between the Sudan Transitional Authority and the Sudan Revolutionary Front, a broad alliance of armed and other movements, Prime Minister Abdalla Hamdok has heeded one of the protestors' most visceral demands.

While not all armed factions signed up to the accord, it is hoped the two holdout groups will not become a major stumbling block, and will eventually be persuaded to come on board at a later date.

But signing the agreement is the easy part. Implementing the finer details of the laboriously negotiated peace pact will be the real test.

Peace has eluded Sudan for a very long time. The signing of the peace agreements heralds an epochal moment, but it is overshadowed by the enormity of the task at hand. The legacy of the conflicts has created a complex set of circumstances that directly inform the fate of this accord.

The most crucial of all is the cost of peace. Simply put, Sudan is too broke to afford peace. But with its imminent removal from the list of state sponsors of terrorism, an economic reset could be in the offing.

This latest development comes after the country agreed to pay $335 million to American terror victims in compensation for its alleged role in the 1998 al-Qaida bombing of two US embassies in East Africa. Sudan's removal from the terror list could result in the resumption of much-needed financial inflows to Khartoum.

The peace deal is anchored by eight protocols . Perhaps the most crucial is the autonomy that has been granted to local governments in West Darfur, the Blue Nile, and South Kordofan. The stipulation of self-government envisages real devolution of power from the centre by empowering local political elites.

Also significant was the agreement that warring rebel outfits (notably the Sudan People's Liberation Army-North) would be integrated into the national army within a period of just over three years. This enables the demobilisation of thousands of men under arms and brings them into formal institutions of the state. Consequently, it turns them into security guardians of the nation.

A revenue sharing agreement was also reached. Up to 40% of revenue generated in the Blue Nile and South Kordofan will now be retained by the local authorities. This assuages local grievances of resource flight, exploitation and uneven development.

The return of internally displaced persons and creation of a commission for protection of religious minorities was also stipulated. Sudan's protracted conflicts displaced millions from their communal lands; this stipulation ensures a return of lands to their rightful owners who can then engage in productive economic activities.

It was also agreed that there would be regional balance in the appointment of officials to national institutions, especially within the legislature and executive. This provides marginalised groups the opportunity to share power, influence policy, and shape legislation.

A perilous road ahead

Sudan has been here before. Peace agreements have been known to fall apart quickly.

There are many obstacles.

Firstly, the previous Sudanese government worked strategically to prolong the wars during the al-Bashir years. Some of these officials remain in the transitional government.

Equally, the conflicts were a profitable venture for war profiteers. Part of the military hierarchy benefited directly. Not only did this culminate in a “war economy” with up to 70% of revenue directed to the war effort, it also saw the emergence of a cabal of officer-businessmen.

Secondly, international and regional efforts to resolve Sudan's conflicts were in the past frustrated by lack of political goodwill. Historically, there has been a tremendous trust deficit between the rebels and government. This meant that carefully negotiated pacts came unstuck because of the distrust between signatories and failure to implement what was agreed. The Koka Dam Declaration is one of many.

Ultimately, warring factions have gone back to what they know best: leveraging by armed confrontation.

This has been driven by pure self-interest on the part of the para-military establishment and al-Bashir's notorious proxies like the Janjaweed.

Thirdly, the peace deal is expensive. In its current state Sudan can't afford its peace agreement commitments. The mobilisation of funds to rebuild areas devastated by war, repatriation of displaced communities, reintegration of the armed factions, and land and criminal justice reforms will require billions of dollars. This is money Sudan doesn't have , at least not yet.

US sanctions stemming from Sudan's links to terror starved the country of foreign direct investment, debt relief, and international financial support. While these sanctions are soon to be lifted, how soon Sudan rebounds from economic collapse can only be speculated.

Real power and money still lies with the men in uniform. Bankrolled by patron states like Saudi Arabia, Egypt and the United Arab Emirates, Lieutenant General Abdel Fattah al-Burhan, military chairman of the transitional council, and his deputy General Mohamed Hamdan Dagolo are pivotal to the fate of this peace agreement. They wield both military might and financial leverage.

Finally, Sudan's victims of conflict deserve justice. The pact promises to bring to book those who committed crimes against humanity and other human rights violations. Ironically, these judicial reforms are supposed to be undertaken by the same military men who bear responsibility for some of the worst atrocities.

The current peace agreement has been precipitated by the sheer pressure of domestic change forces. All parties appear to be grasping at this opportunity to co-write Sudan's new chapter of peace.

Political goodwill and timing have coincided to beget compromise. But what remains to be seen, as is so often the case, is whether the signatories to the accord will have the patience to see the deal through.

Temporary setbacks are part of implementation dynamics, but a peaceful new Sudan is worth being patient for.

David E Kiwuwa does not work for, consult, own shares in or receive funding from any company or organisation that would benefit from this article, and has disclosed no relevant affiliations beyond their academic appointment.