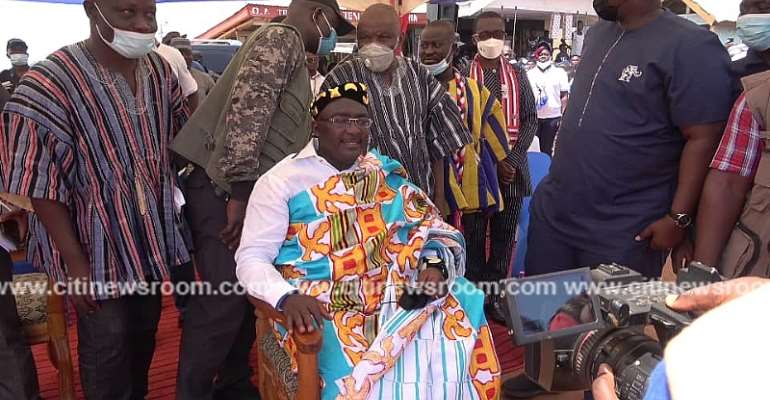 Vice President Dr. Mahamudu Bawumia has been enstooled as Afotupahene (chief of sound counsel) of Jema in the Nkoranza Traditional Area in the Bono East Region.

Nana Amponsah Gyan II, Jema chief, and Kyidomhene of the Nkoranza Traditional council enstooled Dr. Bawumia when he visited them as part of his tour of the Bono East region.

Speaking at a durbar in Jema, the traditional leader noted that the Vice President has served a monumental role in the success of the Nana Akufo-Addo government.

He stated that enstooling Dr. Bawumia as Afutupahene is to honour the Vice President for the sound counsel he gives the President.

“We have seen tremendous developments because of the good counsel he has been giving to the President as his right-hand man.”

The Vice President is currently on a two-day tour of the Bono East Region.